The Best of Bacon 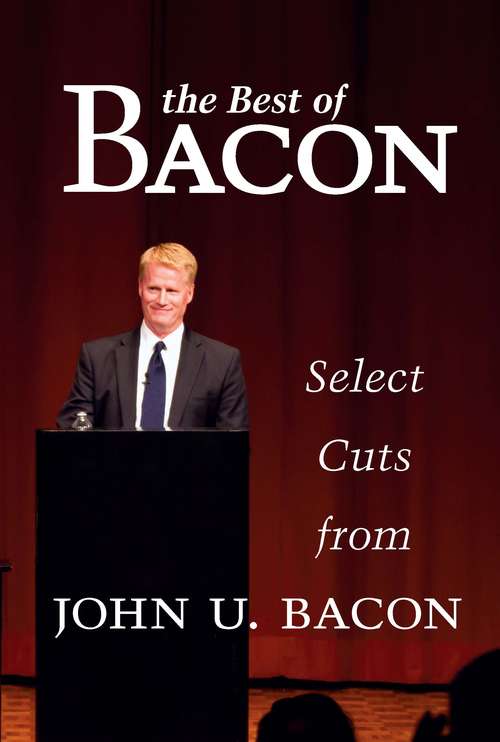 The Best of Bacon presents both new and familiar stories by best-selling author John U. Bacon, all centered on sports in his home state of Michigan. Best known for his acclaimed books on college football, Bacon’s writing has been praised for going beyond traditional Xs and Os sports reporting. True to that reputation, this collection showcases personal, behind-the-scenes stories of players, coaches, and even fans. Many of these stories are connected to specific moments in time—a great season, the passing of a legendary broadcaster, or a star player’s daily grind before a big game—and will immediately transport readers to some of the highs (and lows) of their own sports memories. More often, Bacon’s writing explores timeless themes—why we love sports, how we pass that passion down to the next generation, and how it will be threatened or preserved in the future.

?Michigan is one of the nation’s best sports states, home to countless amateur squads, two Big Ten schools, and professional teams in all four major sports whose histories reach back to the start of their leagues—something only New York, Massachusetts, and Illinois can also claim. This book covers the spectrum, from insider profiles of big names like Magic Johnson, Bo Schembechler, and Joe Louis, to cautionary tales of the debilitating greed threatening our favorite pastimes, to uplifting stories of the unsung heroes whose passion drives them to coach Little League baseball teams or run summer camps for peanuts. These stories speak to the value of sports, but also to our values. Whether a Spartan or a Wolverine, a long-suffering Lions’ backer or a diehard Wing-Nut, a lifetime sports fan or just someone who loves a good story, there is something here for everyone.