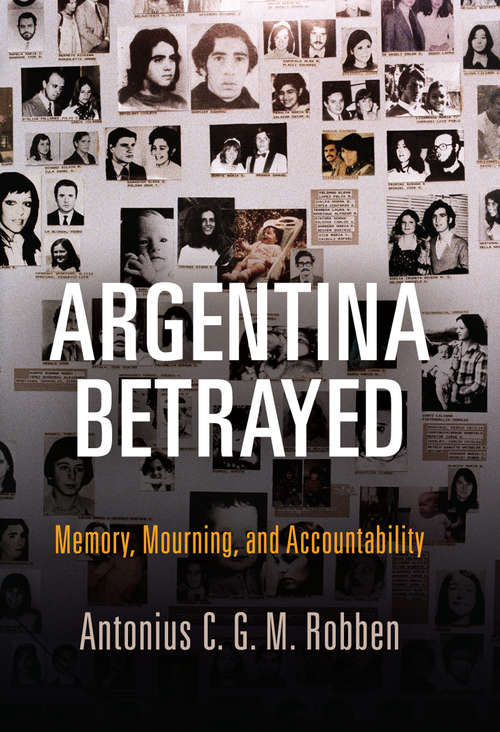 The ruthless military dictatorship that ruled Argentina between 1976 and 1983 betrayed the country's people, presiding over massive disappearances of its citizenry and, in the process, destroying the state's trustworthiness as the guardian of safety and well-being. Desperate relatives risked their lives to find the disappeared, and one group of mothers defied the repressive regime with weekly protests at the Plaza de Mayo in Buenos Aires. How do societies cope with human losses and sociocultural traumas in the aftermath of such instances of political violence and state terror?

In Argentina Betrayed, Antonius C. G. M. Robben demonstrates that the dynamics of trust and betrayal that convulsed Argentina during the dictatorship did not end when democracy returned but rather persisted in confrontations over issues such as the truth about the disappearances, the commemoration of the past, and the guilt and accountability of perpetrators. Successive governments failed to resolve these debates because of erratic policies made under pressure from both military and human rights groups. Mutual mistrust between the state, retired officers, former insurgents, and bereaved relatives has been fueled by recurrent revelations and controversies that prevent Argentine society from conclusively coming to terms with its traumatic past.

With thirty years of scholarly engagement with Argentina—and drawing on his extensive, fair-minded interviews with principals at all points along the political spectrum—Robben explores how these ongoing dynamics have influenced the complicated mourning over violent deaths and disappearances. His analysis deploys key concepts from the contemporary literature of human rights, transitional justice, peace and reconciliation, and memory studies, including notions of trauma, denial, accountability, and mourning. The resulting volume is an indispensable contribution to a better understanding of the terrible crimes committed by the Argentine dictatorship in the 1970s and their aftermath.