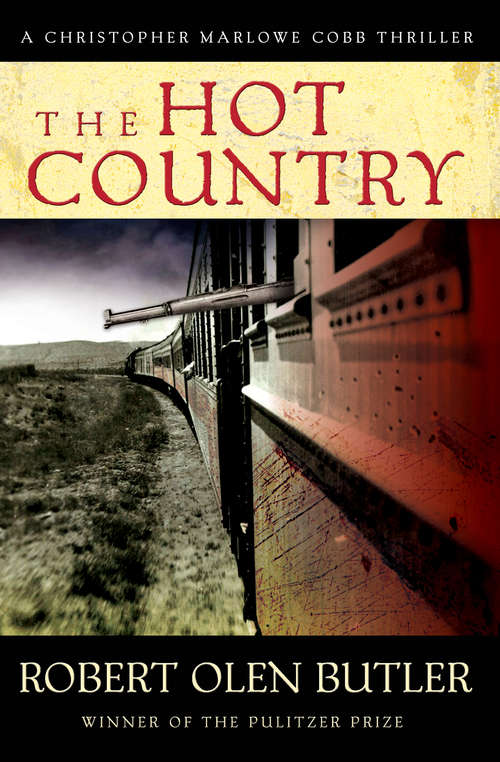 A US war correspondent is plunged into the Mexican civil war in “a whip-smart tale of intrigue and espionage” by the Pulitzer Prize winner (CNN.com). Undaunted by enemy territory and sweltering heat, Christopher “Kit” Marlowe Cobb, the fearless American newspaper journalist, has arrived in Mexico in the spring of 1914. The country is rocked by civil war, the American invasion of Vera Cruz, and the controversial presidency of Victoriano Huerta, El Chacal (The Jackal). Marlowe thinks he’s found his first big headline in the attempted assassination of a priest—the bullet miraculously rebounding off the holy man’s cross. Employing a young pickpocket to help him uncover the identity of the sniper, Cobb is soon led into a far more dangerous story: the advancement of German officials coming into the city from ammunition ships docked in the port. Then, when Cobb falls for a young Mexican laundress, he believes he’s found a soft respite from hard news. If only she were as innocent as she seems. A sweeping saga of espionage, suspense, action, and love set at the dawn of World War I, Robert Olen Butler kick-starts his rousing series with Hot Country, “a thinking person’s thriller, the kind of exotic adventure that, in better days, would have been filmed by Sam Peckinpah” (TheWashington Post, Best Books of 2012). “Pancho Villa, fiery senoritas, and Germans up to no good—Robert Olen Butler is having fun . . . and readers will too. An intelligent entertainment with colorful history.” —Joseph Kanon, New York Times–bestselling author of The Good German “[A] high-spirited adventure.” —The New York Times Book Review “Intrigue in the grand old style . . . Going off to war with Kit Cobb is as bracing and fun as it used to be in George MacDonald Fraser’s Flashman books, or in Perez-Reverte’s Captain Alatriste novels. And the best part is that there are more to come. Saddle up.” —Dan Fesperman, Hammett Prize–winning author of The Double Game