The Blackwell Companion to Substance Dualism 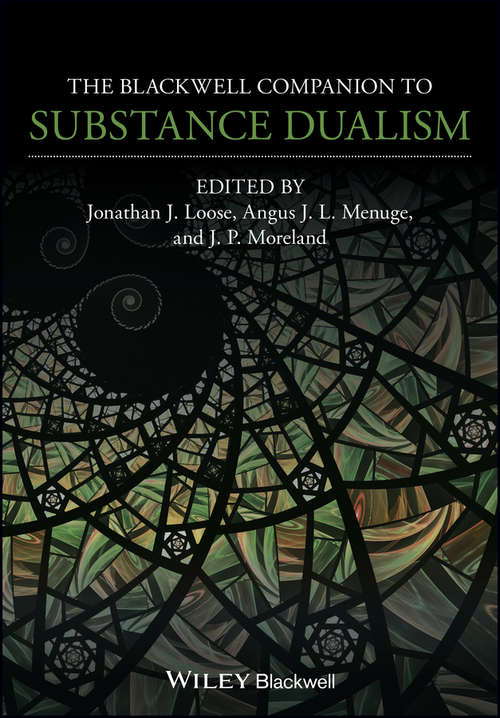 A groundbreaking collection of contemporary essays from leading international scholars that provides a balanced and expert account of the resurgent debate about substance dualism and its physicalist alternatives. Substance dualism has for some time been dismissed as an archaic and defeated position in philosophy of mind, but in recent years, the topic has experienced a resurgence of scholarly interest and has been restored to contemporary prominence by a growing minority of philosophers prepared to interrogate the core principles upon which past objections and misunderstandings rest. As the first book of its kind to bring together a collection of contemporary writing from top proponents and critics in a pro-contra format, The Blackwell Companion to Substance Dualism captures this ongoing dialogue and sets the stage for rigorous and lively discourse around dualist and physicalist accounts of human persons in philosophy. Chapters explore emergent, Thomistic, Cartesian, and other forms of substance dualism—broadly conceived—in dialogue with leading varieties of physicalism, including animalism, non-reductive physicalism, and constitution theory. Loose, Menuge, and Moreland pair essays from dualist advocates with astute criticism from physicalist opponents and vice versa, highlighting points of contrast for readers in thematic sections while showcasing today’s leading minds engaged in direct debate. Taken together, essays provide nuanced paths of introduction for students, and capture the imagination of professional philosophers looking to expand their understanding of the subject. Skillfully curated and in touch with contemporary science as well as analytic theology, The Blackwell Companion to Substance Dualism strikes a measured balanced between advocacy and criticism, and is a first-rate resource for researchers, scholars, and students of philosophy, theology, and neuroscience.