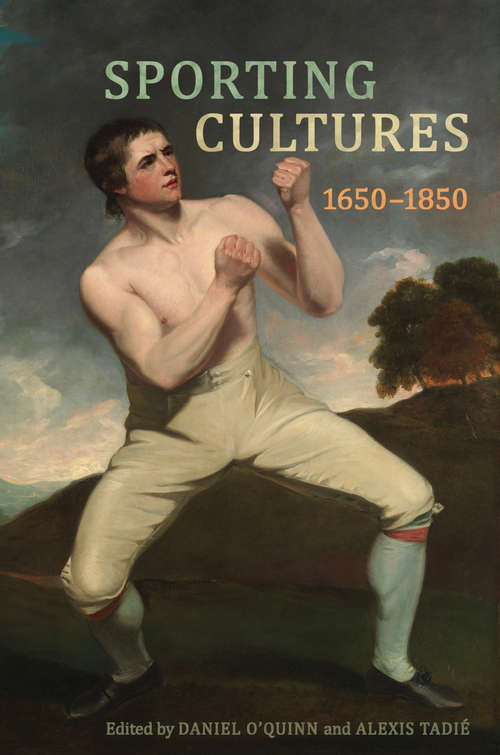 In the eighteenth century sport as we know it emerged as a definable social activity. Hunting and other country sports became the source of significant innovations in visual art; racing and boxing generated important subcultures; and sport’s impact on good health permeated medical, historical, and philosophical writings.

Sporting Cultures, 1650–1850 is a collection of essays that charts important developments in the study of sport in the eighteenth century. Editors Daniel O’Quinn and Alexis Tadié have gathered together an array of European and North American scholars to critically examine the educational, political, and medical contexts that separated sports from other physical activities. The volume reveals how the mediation of sporting activities, through match reports, pictures, and players, transcended the field of aristocratic patronage and gave rise to the social and economic forces we now associate with sports. In Sporting Cultures, 1650–1850 , O’Quinn and Tadié successfully lay the groundwork for future research on the complex intersection of power, pleasure, and representation in sports culture.