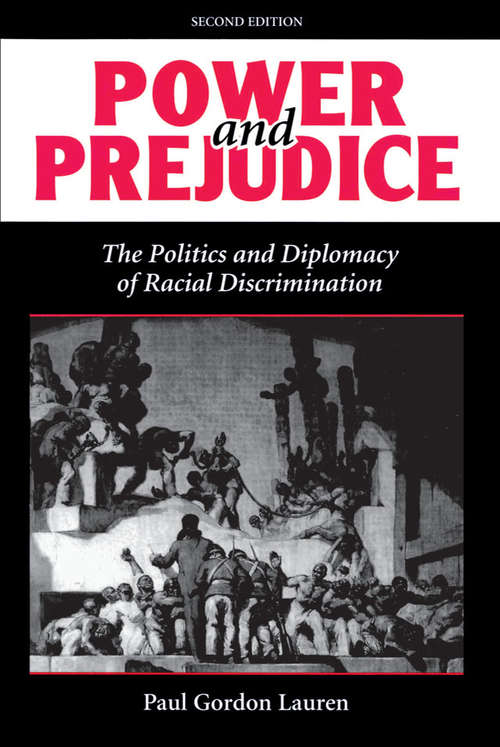 Since it first appeared, Power and Prejudice has been hailed as a bold, pioneering work dealing with one of the central and most controversial issues of our time?the relationship between racial prejudice and global conflict. Powerfully written and based on documents from archives on several continents, this award-winning book convincingly demonstrates that the racial issue, or what W.E.B. Du Bois called ?the problem of the twentieth century,? has profoundly influenced most major developments in international politics and diplomacy.Lauren begins with a thought-provoking discussion of the heavy burden of history's pattern of conquest and slavery wherin skin color identified master and slave, conqueror and conquered. He then examines bitter twentieth-century conflicts over race, including immigration exclusion and the ?Yellow Peril,? the ?Final Solution? of the Holocaust, decolonization, the impact of the Cold War on the civil rights movement, and the global struggle against racial prejudice. In this new edition, Lauren adds dimensions about Asia, Latin America, and the Pacific, exploring the racial dimensions of immigration exclusion and warfare. He contributes significant new material about international issues regarding indigenous peoples around the world, including self-determination, sovereignty, and discrimination. And finally, he examines the dramatic events surrounding the end of apartheid in South Africa.Eloquent, provocative, and informed by first-rate scholarship, the insights of this highly original work will appeal to general readers as well as to students and scholars from a broad range of disciplines.