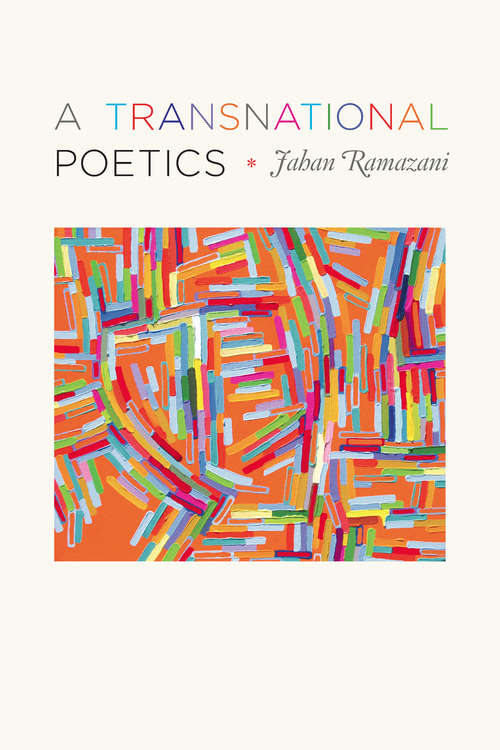 Poetry is often viewed as culturally homogeneous—“stubbornly national,” in T. S. Eliot’s phrase, or “the most provincial of the arts,” according to W. H. Auden. But in A Transnational Poetics, Jahan Ramazani uncovers the ocean-straddling energies of the poetic imagination—in modernism and the Harlem Renaissance; in post–World War II North America and the North Atlantic; and in ethnic American, postcolonial, and black British writing. Cross-cultural exchange and influence are, he argues, among the chief engines of poetic development in the twentieth and twenty-first centuries.

Reexamining the work of a wide array of poets, from Eliot, Yeats, and Langston Hughes to Elizabeth Bishop, Lorna Goodison, and Agha Shahid Ali, Ramazani reveals the many ways in which modern and contemporary poetry in English overflows national borders and exceeds the scope of national literary paradigms. Through a variety of transnational templates—globalization, migration, travel, genre, influence, modernity, decolonization, and diaspora—he discovers poetic connection and dialogue across nations and even hemispheres.

Hakimiliki:
2009 The University of Chicago Press