The Arab Lands under Ottoman Rule 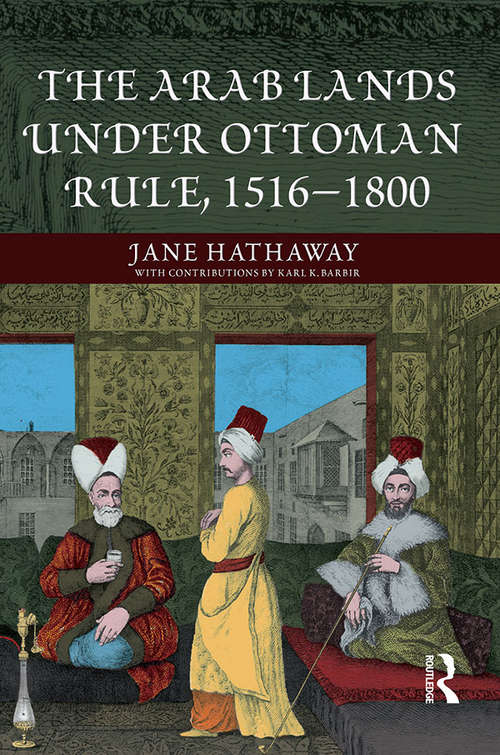 In this seminal study, Jane Hathaway presents a wide-ranging reassessment of the effects of Ottoman rule on the Arab Lands of Egypt, Greater Syria, Iraq and Yemen - the first of its kind in over forty years.

Challenging outmoded perceptions of this period as a demoralizing prelude to the rise of Arab nationalism and Arab nation-states in the nineteenth and twentieth centuries, Hathaway depicts an era of immense social, cultural, economic and political change which helped to shape the foundations of today's modern Middle and Near East. Taking full advantage of a wide range of Arabic and Ottoman primary sources, she examines the changing fortunes of not only the political elite but also the broader population of merchants, shopkeepers, peasants, tribal populations, religious scholars, women, and ethnic and religious minorities who inhabited this diverse and volatile region.

With masterly concision and clarity, Hathaway guides the reader through all the key current approaches to and debates surrounding Arab society during this period. This is far more than just another political history; it is a global study which offers an entirely new perspective on the era and region as a whole.