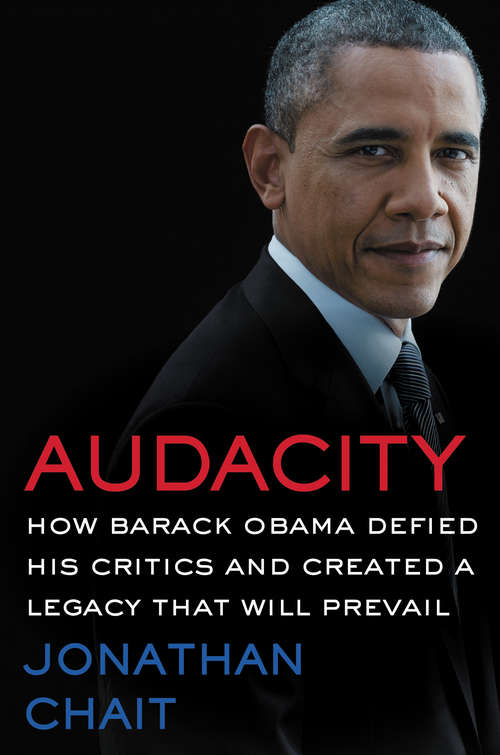 An unassailable case that, in the eyes of history, Barack Obama will be viewed as one of America’s best and most accomplished presidents.Over the course of eight years, Barack Obama has amassed an array of outstanding achievements. His administration saved the American economy from collapse, expanded health insurance to millions who previously could not afford it, negotiated an historic nuclear deal with Iran, helped craft a groundbreaking international climate accord, reined in Wall Street and crafted a new vision of racial progress. He has done all of this despite a left that frequently disdained him as a sellout, and a hysterical right that did everything possible to destroy his agenda even when they agreed with what he was doing. Now, as the page turns to our next Commander in Chief, Jonathan Chait, acclaimed as one of the most incisive and meticulous political commentators in America, digs deep into Obama’s record on major policy fronts—economics, the environment, domestic reform, health care, race, foreign policy, and civil rights—to demonstrate why history will judge our forty-fourth president as among the greatest in history. Audacity does not shy away from Obama’s failures, most notably in foreign policy. Yet Chait convincingly shows that President Obama has accomplished what candidate Obama said he would, despite overwhelming opposition—and that the hopes of those who voted for him have not been dashed despite the smokescreen of extremist propaganda and the limits of short-term perspective.