In the Children's Aid 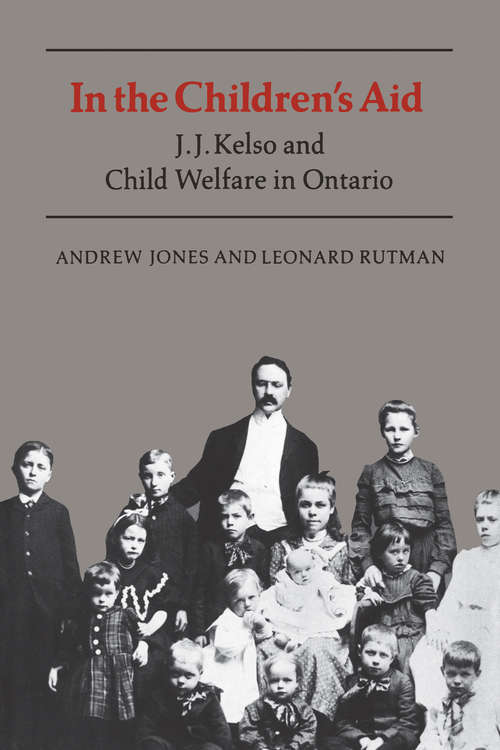 The present system of child welfare in Canada dates from 1893, the year in which the Ontario Legislature passed 'An Act for the Prevention of Cruelty to, and better Protection of, Children.' The Act provided for the establishment of Children's Aid Societies with extensive legal powers to intervene in cases of child neglect and cruelty, and gave officials sanction to the foster care system.

These radical departures from earlier policy resulted from the actions of John Joseph Kelso, the man who was named as the first Superintendent of Neglected and Dependent Children – a position created by the same Act.

At 29, Kelso was already one of Ontario's leading proponents of child welfare reform. He had earlier stimulated the formation of the Toronto Humane Society and subsequently guides its early growth. In 1888 he had formed the Children's Fresh Air Fund and the Santa Claus Fund, out of which, in 1891, he founded the Toronto Children's Aid Society.

From 1893 to his retirement in 1934, Kelso directed and promoted the establishment and development of Children's Aid Societies in Ontario and played an important role in their spread to other provinces. In 1921 he was appointed administrator of Ontario's first Adoption Act and the Children of Unmarried Parents Act. His reform activities extended into the children's court movement, the closing of reformatories, organization of playgrounds, and advocacy of mothers' allowances.

This biography provides an account of Kelso's life and career as a social reformer, and reveals him as the undisputed chief architect and builder of Ontario's welfare system. It will interest the academic and professionals as it traces the roots of social welfare services and the profession of social work, and the general reader interested in Canadian history and social reform.