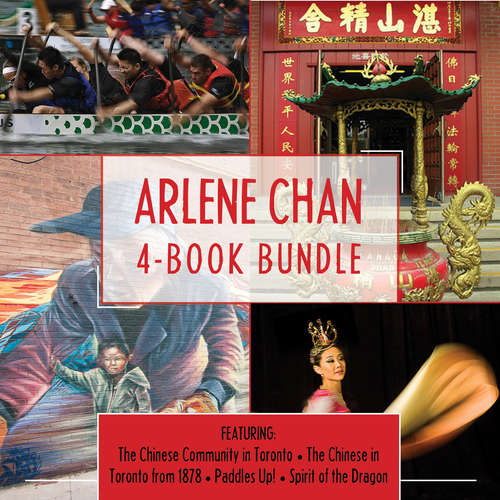 The Chinese Community in Toronto

The Chinese in Toronto from 1878

In 1894 Toronto’s Chinese population numbered 50. Today, no less than seven Chinatowns serve the second-largest visible minority in the city, with a population of half a million. With their many achievements, the Chinese have become a vibrant part of the diverse mosaic that makes Toronto one of the most multicultural cities in the world.

Paddles Up! provides an in-depth look at dragon boating from its beginnings in ancient China to the modern-day prominence of Canadian teams on the international scene, as told in the words of top coaches of men’s and women’s teams, experts and enthusiasts, and sports health professionals across Canada.

Spirit of the Dragon: The Story of Jean Lumb

The Order of Canada, the country’s highest honour, is awarded to those who have made a distinct contribution to Canadian life. The late Jean Lumb received the Order of Canada, among other awards, for her role in changing Canada’s immigration laws that separated Chinese families, and for her contribution in saving Chinatowns across Canada.