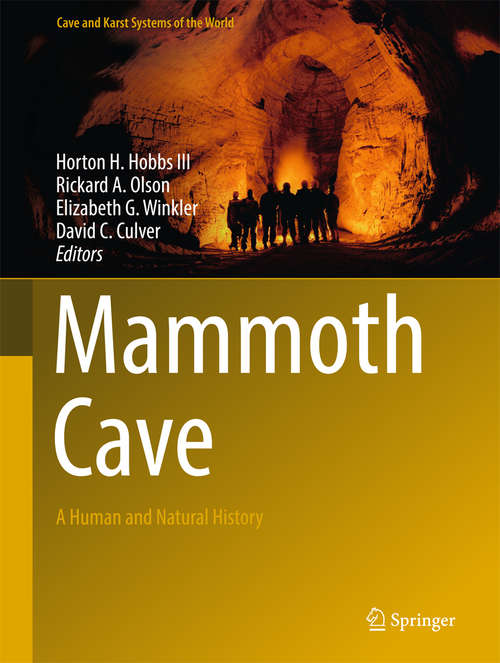 This book reveals the science and beauty of Mammoth Cave, the world's longest cave, which has played an important role in the natural sciences. It offers a comprehensive and interdisciplinary treatment of the cave, combining insights from leading experts in fields ranging from archeology and cultural history to life science and geosciences. The first animals specialized for cave life in North America, including beetles, spiders, crayfish, and fish, were discovered in Mammoth Cave in the 1840s. It has also been used and explored by humans, including Native Americans, who mined its sulfate minerals and later African-American slaves, who made a map of the cave. More recent stories include 'wars' between commercial cave owners, epic exploration trips by modern cave explorers, and of course tourism. The first section of the book is an extensive description including maps and photos of the cave, its basic structural pattern, and how it relates to the surface landscape. The second section covers the human history of utilization and exploration of the cave, including mining, tourism, and medical experiments. Cave science is the topic of the third section, including geology, hydrology, mineralogy, climatology, paleontology, ecology, biodiversity, and microbiology. The fourth section looks to the future, with an overview of environmental issues facing Mammoth Cave managers. The book is intended for anyone interested in caves in general and Mammoth Cave in particular, experts in one discipline seeking information about other areas, and researchers and students interested in the many avenues of pursuit possible in Mammoth Cave.