Now We Are Citizens 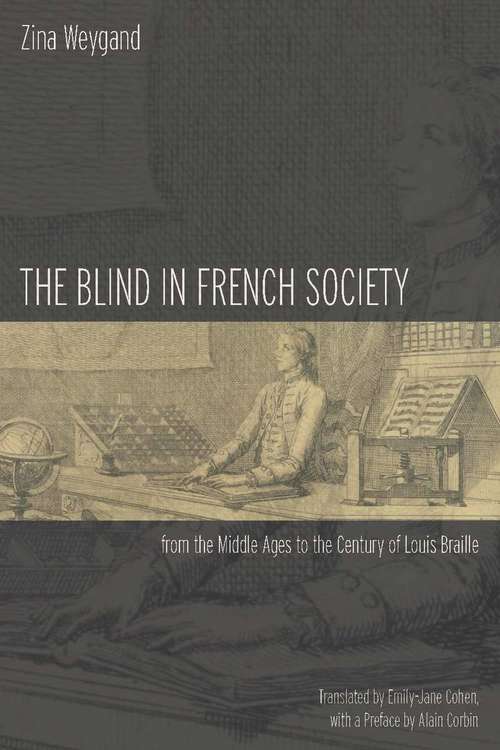 The integration of the blind into society has always meant taking on prejudices and inaccurate representations.

Weygand's highly accessible anthropological and cultural history introduces us to both real and imaginary figures from the past, uncovering French attitudes towards the blind from the Middle Ages through the first half of the nineteenth century. Much of the book, however, centers on the eighteenth century, the enlightened age of Diderot's emblematic blind man and of the Institute for Blind Youth in Paris, founded by Valentin Haüy, the great benefactor of blind people.

Weygand paints a moving picture of the blind admitted to the institutions created for them and of the conditions under which they lived, from the officially-sanctioned beggars of the medieval Quinze-Vingts to the cloth makers of the Institute for Blind Workers. She has also uncovered their fictional counterparts in an impressive array of poems, plays, and novels. The book concludes with Braille, whose invention of writing with raised dots gave blind people around the world definitive access to silent reading and to written communication.

Hakimiliki:
2009 the Board of Trustees of the Leland