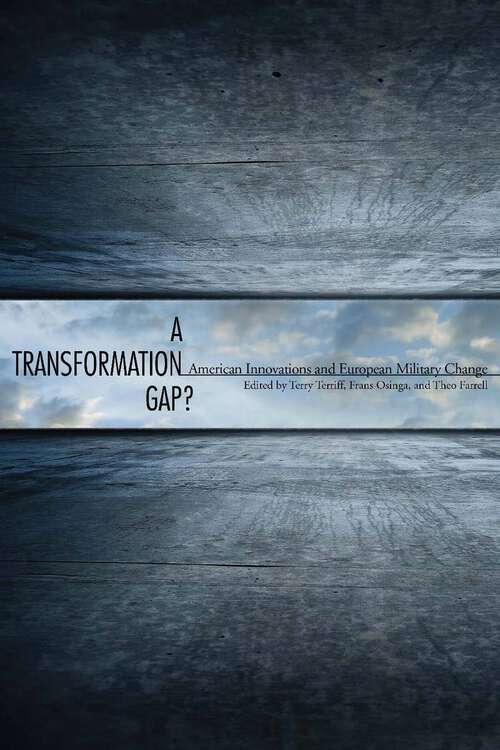 This study, edited by Terriff (American security policy, U. of Calgary, Canada), Osinga (war studies, Royal Netherlands Military Academy) and Farrell (war studies, King's College London, UK), examines the extent to which there are gaps in the military transformation being led by the United States between various European members of the North Atlantic Treaty Organization. Case studies are presented for Britain, France, Germany, Spain, the Netherlands, and Poland. The case studies follow a common analytical framework that breaks transformation down into network-enablement, effects based operations, and expeditionary warfare and, for each of these, in terms of their respective technological, doctrinal, and organizational elements. These elements are further considered in light of the scholarly literature on military innovation, norm diffusion, and alliance theory. Stanford Security Studies is an imprint of Stanford University Press. Annotation ©2011 Book News, Inc. , Portland, OR (booknews. com)

Hakimiliki:
2010 the Board of Trustees of the Leland Stanford Junior University.