The Population Biology of Tuberculosis 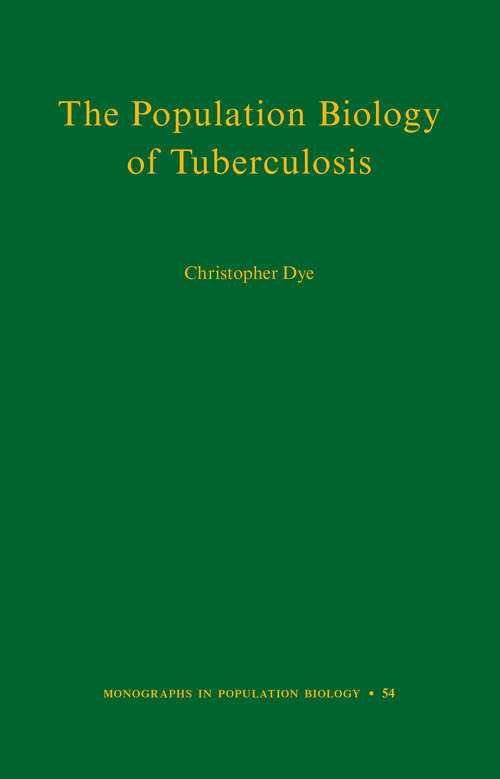 Despite decades of developments in immunization and drug therapy, tuberculosis remains among the leading causes of human mortality, and no country has successfully eradicated the disease. Reenvisioning tuberculosis from the perspective of population biology, this book examines why the disease is so persistent and what must be done to fight it. Treating tuberculosis and its human hosts as dynamic, interacting populations, Christopher Dye seeks new answers to key questions by drawing on demography, ecology, epidemiology, evolution, and population genetics. Dye uses simple mathematical models to investigate how cases and deaths could be reduced, and how interventions could lead to TB elimination. Dye's analysis reveals a striking gap between the actual and potential impact of current interventions, especially drug treatment, and he suggests placing more emphasis on early case detection and the treatment of active or incipient tuberculosis. He argues that the response to disappointingly slow rates of disease decline is not to abandon long-established principles of chemotherapy, but to implement them with greater vigor. Summarizing epidemiological insights from population biology, Dye stresses the need to take a more inclusive view of the factors that affect disease, including characteristics of the pathogen, individuals and populations, health care systems, and physical and social environments. In broadening the horizons of TB research, The Population Biology of Tuberculosis demonstrates what must be done to prevent, control, and defeat this global threat in the twenty-first century.