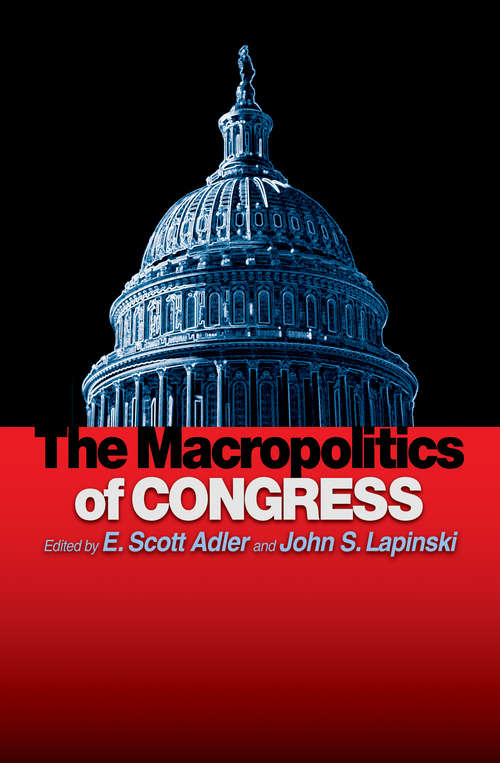 How do public laws, treaties, Senate confirmations, and other legislative achievements help us to gain insight into how our governmental system performs? This well-argued book edited by Scott Adler and John Lapinski is the first to assess our political institutions by looking at what the authors refer to as legislative accomplishment. The book moves beyond current research on Congress that focuses primarily on rules, internal structure, and the microbehavior of individual lawmakers, to look at the mechanisms that govern how policy is enacted and implemented in the United States. It includes essays on topics ranging from those dealing with the microfoundations of congressional output, to large N empirical analyses that assess current theories of lawmaking, to policy-centered case studies. All of the chapters take a Congress-centered perspective on macropolicy while still appreciating the importance of other branches of government in explaining policy accomplishment. The Macropolitics of Congress shines light on promising pathways for the exploration of such key issues as the nature of political representation. It will make a significant contribution to the study of Congress and, more generally, to our understanding of American politics. Contributors include E. Scott Adler, David Brady, Charles M. Cameron, Brandice Canes-Wrone, Robert S. Erikson, Grace R. Freedman, Valerie Heitshusen, John D. Huber, Ira Katznelson, Keith Krehbiel, John S. Lapinski, David Leblang, Michael B. MacKuen, David R. Mayhew, Nolan McCarty, Charles R. Shipan, James A. Stimson, and Garry Young.