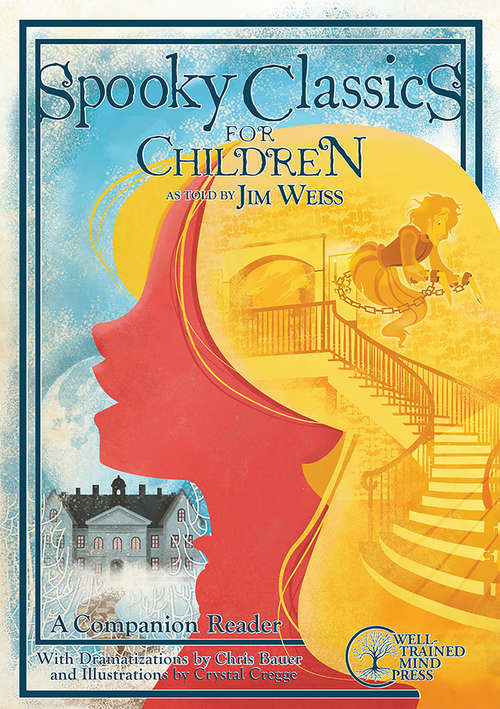 An ancient ghost tries to frighten a new family away from his castle. A scientist’s potion reveals old secrets. And a street magician has one last trick up his sleeve. Read and listen to these spooky (but not too scary!) stories--and then act them out yourself!

For decades, Jim Weiss has entertained his many listeners with gripping plots, vivid characters, and beautiful words. But his performances are much more than mere entertainment. Jim's stories build language skills by filling young minds with wonderful vocabulary, complex sentence structures, and rich images. Now, our Companion Readers bring these language-learning benefits to a new level.

Language, both written and oral, is most easily and thoroughly learned when heard, read, and spoken.

Listen to the Jim Weiss performance on CD or MP3.

Read along with the performance. The first half of this book as word-for-word transcript of Jim Weiss's performance. Students can improve their reading fluency, vocabulary, and their understanding of punctuation, sentence structure, and grammar by following along as Jim performs these words. Even students who are not at the level represented in this book can be moved forward in reading competency by reading along as Jim speaks the words.

Say the words. The final element in language learning is to speak great words and sentences out loud. Each one of these performances has been turned into a short, accessible dramatic version that can be performed by two or more actors. The plays can be memorized or read from the scripts; either way, students will begin to gain confidence in their own language use and in their ability to speak in front of others.