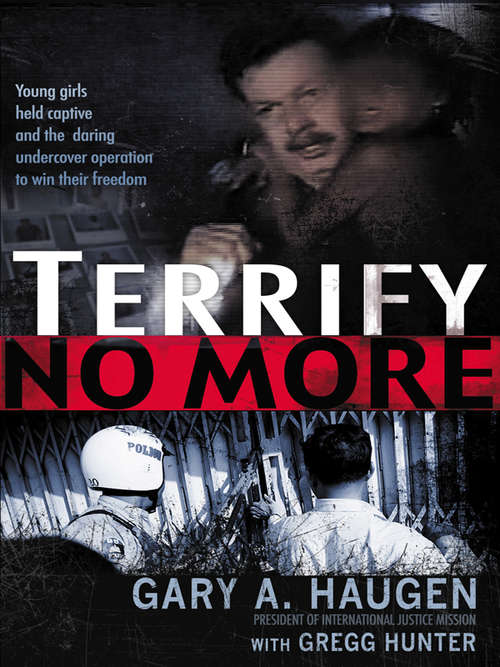 "If you're tired of living an anemic life and you want to live courageously, get this book. Terrify No More is a suspenseful read that will introduce you to the new heroes of the faith--people who are willing to take risks to bring hope and freedom to those who need it most."

"...Producer Richard Greenberg showed me some truly alarming videotape he'd obtained from a human rights group called the International Justice Mission... That tape would trigger one of the most extensive international searches I'd ever been involved with as a Dateline Correspondent."

"Now we have a gripping, close-up account of how IJM carries out its mission in Cambodia. Gary Haugen's book should awaken many to what goes on in the 21st century slave trade."

Out of shocking depravity emerges a story of hope.

In a small village outside Phnom Penh, children as young as five are bought and sold as sex slaves. Day after day their abuse continues, and their hope slips away.

In Terrify No More an international team of investigators goes undercover to infiltrate this ring of brothels and gather evidence needed to free these girls. Meanwhile, skilled legal minds race the clock, working at the highest levels of U.S. and foreign governments to bring the perpetrators to justice. Headed up by former U.N. war-crimes investigator, Gary Haugen, the team perseveres against impossible obstacles--police corruption, death threats, and mission-thwarting tip-offs--in a mission focused on bringing freedom to the victims.