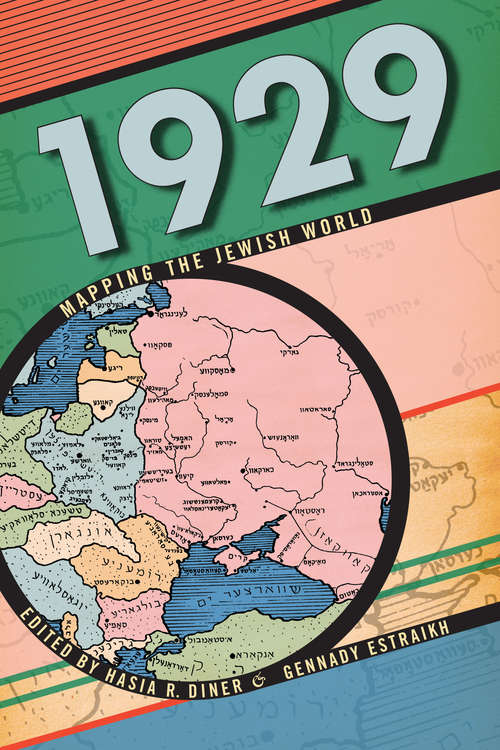 Winner of the 2013 National Jewish Book Award, Anthologies and Collections The year 1929 represents a major turning point in interwar Jewish society, proving to be a year when Jews, regardless of where they lived, saw themselves affected by developments that took place around the world, as the crises endured by other Jews became part of the transnational Jewish consciousness. In the United States, the stock market crash brought lasting economic, social, and ideological changes to the Jewish community and limited its ability to support humanitarian and nationalist projects in other countries. In Palestine, the anti-Jewish riots in Hebron and other towns underscored the vulnerability of the Zionist enterprise and ignited heated discussions among various Jewish political groups about the wisdom of establishing a Jewish state on its historical site. At the same time, in the Soviet Union, the consolidation of power in the hands of Stalin created a much more dogmatic climate in the international Communist movement, including its Jewish branches. Featuring a sparkling array of scholars of Jewish history, 1929 surveys the Jewish world in one year offering clear examples of the transnational connections which linked Jews to each other--from politics, diplomacy, and philanthropy to literature, culture, and the fate of Yiddish--regardless of where they lived. Taken together, the essays in 1929 argue that, whether American, Soviet, German, Polish, or Palestinian, Jews throughout the world lived in a global context.