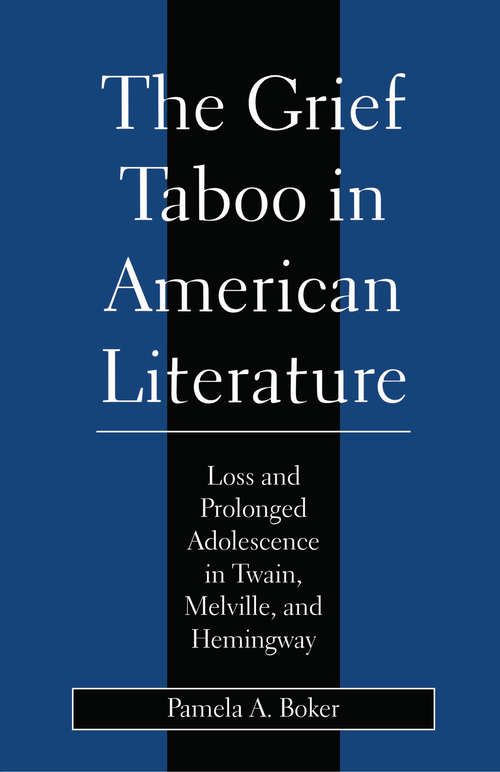 In this feminist rereading, Pamela A. Boker examines the prolonged adolescence of the American male in the works of three quintessential American male authors, Herman Melville, Mark Twain, and Ernest Hemingway, through a highly original psychoanalytic inquiry. Challenging conventional interpretations, Boker argues that failing to mourn loss and repressing one's true emotions do not demonstrate a heroic capacity, but rather, a damaging inability to work through psychological wounds that have not healed.

Boker locates in the lives and fiction of Melville, Twain, and Hemingway the suicidal orphan, the adolescent simultaneously seeking masculine maturity and escaping from it. She reveals a world of perpetual adolescence, repressed grief, and repudiation of feminine identification.

All three writers lacked intimate relationships with their fathers and remained conflicted emotionally, a condition which profoundly influenced their creative work.In Melville's life and work, readers encounter aggressive and guilt ridden characters, trapped in infantile and early adolescent development. Similarly, Mark Twain enlisted humor and nostalgic fantasies of an ideal past in his avoidance of difficult emotions. Silent references and vague allusions to painful feelings proliferate the fiction of Hemingway.

In seeking out the repressed vulnerability of the tough guy in American literature, Boker finds it where it is most vigorously denied.