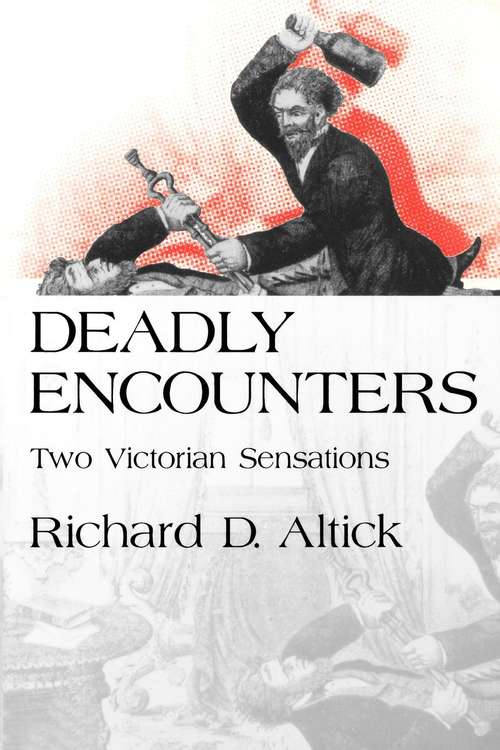 In July 1861 London newspapers excitedly reported two violent crimes, both the stuff of sensational fiction. One involved a retired army major, his beautiful mistress and her illegitimate child, blackmail and murder. In the other, a French nobleman was accused of trying to kill his son in order to claim the young man's inheritance. The press covered both cases with thoroughness and enthusiasm, narrating events in a style worthy of a popular novelist, and including lengthy passages of testimony. Not only did they report rumor as well as what seemed to be fact, they speculated about the credibility of witnesses, assessed character, and decided guilt. The public was enthralled.Richard D. Altick demonstrates that these two cases, as they were presented in the British press, set the tone for the Victorian "age of sensation." The fascination with crime, passion, and suspense has a long history, but it was in the 1860s that this fascination became the vogue in England. Altick shows that these crimes provided literary prototypes and authenticated extraordinary passion and incident in fiction with the "shock of actuality." While most sensational melodramas and novels were by lesser writers, authors of the stature of Dickens, Thackeray, George Eliot, Trollope, Hardy, and Wilkie Collins were also influenced by the spirit of the age and incorporated sensational elements in their work.