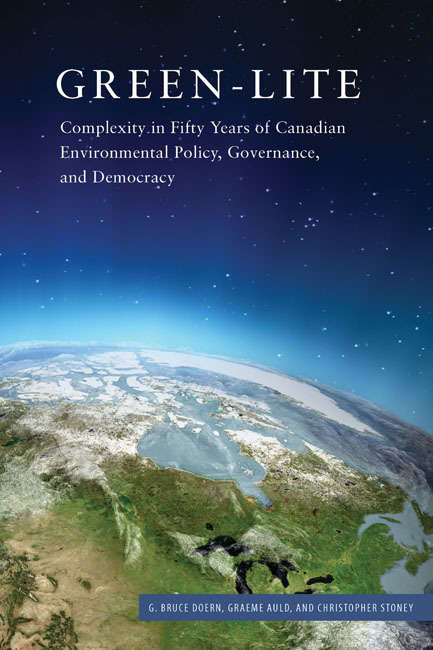 Anchored in the core literature on natural resources, energy production, and environmental analysis, Green-lite is a critical examination of Canadian environmental policy, governance, and politics drawing out key policy and governance patterns to show that the Canadian story is one of complexity and often weak performance.

Making a compelling argument for deeper historical analysis of environmental policy and situating environmental concerns within political and fiscal agendas, the authors provide extended discussions on three relatively new features of environmental policy: the federal-cities and urban sustainability regime, the federal-municipal infrastructure regime, and the regime of agreements with NGOs and businesses that often relegate governments to observing participants rather than being policy leaders. They probe the Harper era's muzzling of environmental science and scientists, Canada's oil sands energy and resource economy, and the government's core Alberta and Western Canadian political base.

The first book to provide an integrated, historical, and conceptual examination of Canadian environmental policy over many decades, Green-lite captures complex notions of what environmental policy and green agendas seek to achieve in a business-dominated economy of diverse energy producing technologies, and their pollution harms and risks.