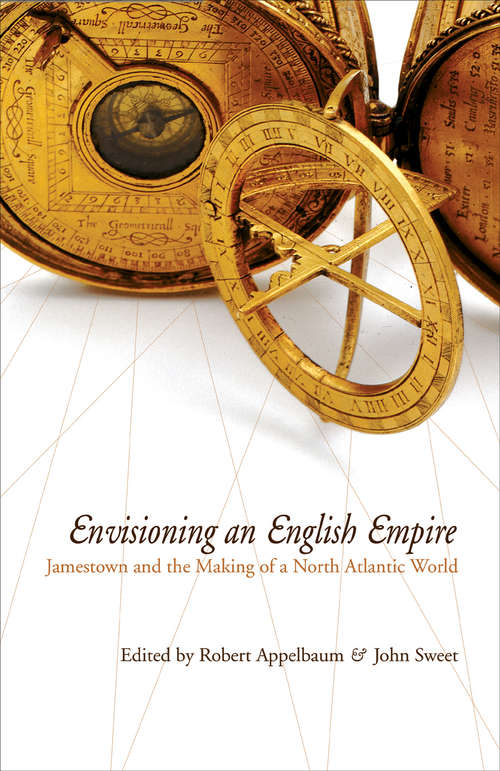 Envisioning an English Empire brings together leading historians and literary scholars to reframe our understanding of the history of Jamestown and the literature of empire that emerged from it.The founding of an English colony at Jamestown in 1607 was no isolated incident. It was one event among many in the long development of the North Atlantic world. Ireland, Spain, Morocco, West Africa, Turkey, and the Native federations of North America all played a role alongside the Virginia Company in London and English settlers on the ground. English proponents of empire responded as much to fears of Spanish ambitions, fantasies about discovering gold, and dreams of easily dominating the region's Natives as they did to the grim lessons of earlier, failed outposts in North America. Developments in trade and technology, in diplomatic relations and ideology, in agricultural practices and property relations were as crucial as the self-consciously combative adventurers who initially set sail for the Chesapeake.The collection begins by exploring the initial encounters between the Jamestown settlers and the Powhatan Indians and the relations of both these groups with London. It goes on to examine the international context that defined English colonialism in this period--relations with Spain, the Turks, North Africa, and Ireland. Finally, it turns to the ways both settlers and Natives were transformed over the course of the seventeenth century, considering conflicts and exchanges over food, property, slavery, and colonial identity.What results is a multifaceted view of the history of Jamestown up to the time of Bacon's Rebellion and its aftermath. The writings of Captain John Smith, the experience of Powhatans in London, the letters home of a disappointed indentured servant, the Moroccans, Turks, and Indians of the English stage, the ethnographic texts of early explorers, and many other phenomena all come into focus as examples of the envisioning of a nascent empire and the Atlantic world in which it found a hold.