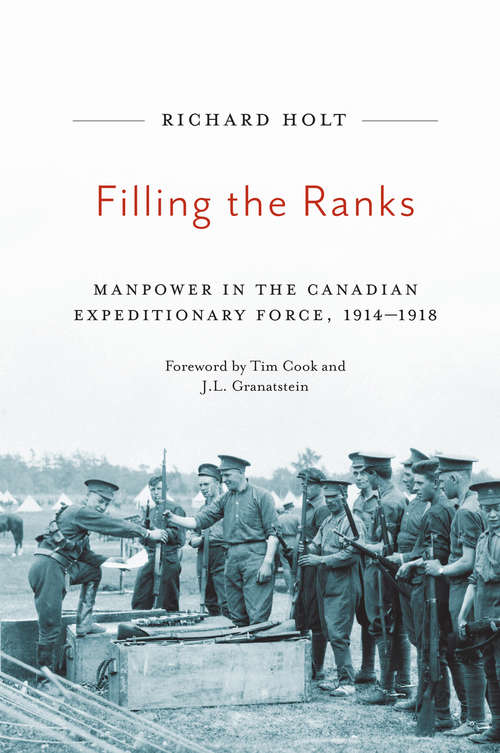 Manpower is the lifeblood of armies regardless of time or place. In the First World War, much of Canada’s military effort went toward sustaining the Canadian Expeditionary Force, especially in France and Belgium. The job was not easy. The government and Department of Militia and Defence were tasked with recruiting and training hundreds of thousands of men, shipping them to England, and creating organizations on the continent meant to forward these men to their units.

The first book to explore the issue of manpower in the Canadian Expeditionary Force, Filling the Ranks examines the administrative and organizational changes that fostered efficiency and sustained the army. Richard Holt describes national civilian and military recruitment policies and criteria both inside and outside of Canada; efforts to recruit women, convicts, and members of First Nations, African Canadian, Asian, and Slavic communities; the conduct of entry-level training; and the development of a coherent reinforcement structure. Canada’s ability to fill the ranks with trained soldiers ultimately helped make the Corps an elite formation within the British Expeditionary Force.

Based on extensive research in British and Canadian archives, Filling the Ranks provides a wealth of new information on Canada"s role in the Great War.