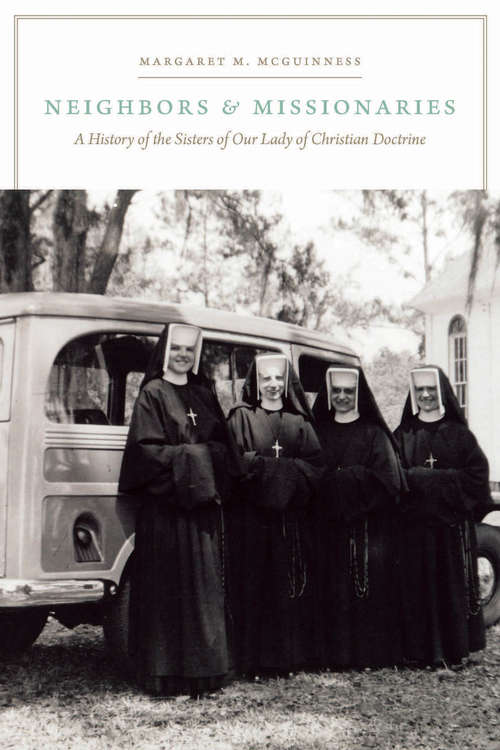 The Sisters of Our Lady of Christian Doctrine community was founded in 1910 by marion gurney, who adopted the religious name Mother Marianne of Jesus. A graduate of Wellesley College and a convert to Catholicism,

Gurney had served as head resident at St. Rose’s Settlement, the first Catholic settlement house in New York City. She founded the Sisters of Christian Doctrine when other communities of women religious appeared uninterested in a ministry of settlement work combined with religious education programs for children

attending public schools. The community established two settlement houses in New York City—Madonna House on the Lower East Side in 1910, followed by Ave Maria House in the Bronx in 1930. Alongside their classes in religious education and preparing children and adults to receive the sacraments, the Sisters distributed food and clothing, operated a bread line, and helped their neighbors in emergencies. In

1940 Mother Marianne and the Sisters began their first major mission outside New York when they adapted the model of the urban Catholic social settlement to rural South Carolina. They also served at a number of parishes, including several in South Carolina and Florida, where they ministered to both black and white Catholics.

In Neighbors and Missionaries, Margaret M. McGuinness, who was given full access to the archives of the Sisters of Christian Doctrine, traces in fascinating detail the history of the congregation, from the inspiring story of its founder and the community’s mission to provide material and spiritual support to their Catholic neighbors, to the changes and challenges of the latter half of the twentieth century. By 1960, settlement houses had been replaced by other forms of social welfare, and the lives and work of American women religious were undergoing a dramatic change. McGuinness explores how the Sisters of Christian Doctrine were affected and how they adapted their own lives and work to reflect the transformations taking place in the Church and society.

Neighbors and Missionaries examines a distinctive community of women religious whose primary focus was neither teaching nor nursing/hospital administration. The choice of the Sisters of Christian Doctrine to live among the poor and to serve where other communities were either unwilling or unable demonstrates

that women religious in the United States served in many different capacities as they contributed to the life and work of the American Catholic Church.