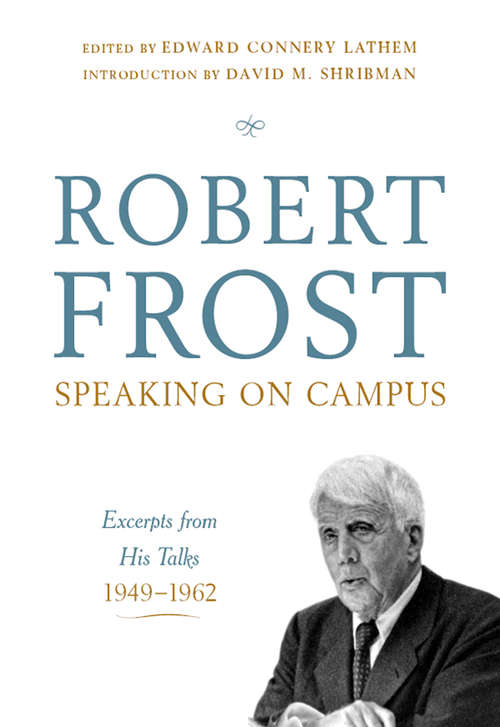 "Frost was the first American who could be honestly reckoned a master-poet by world standards."--Robert Graves

Robert Frost's poetry has triumphantly survived him, but most readers today have not known him in one of his most significant capacities--as teacher and lecturer. Here, collected for the first time, are excerpts from forty-six of his presentations delivered to students at more than thirty academic institutions over three decades. Frost's topics include: "What I think I'm doing when I write a poem," "Getting up things to say for yourself," "The future of the world," "Fall in love at sight," and "Not freedom from, but freedom of."

Gathered by Edward Connery Lathem, editor of The Poetry of Robert Frost, and introduced by Pulitzer Prize-winning journalist David M. Shribman, Robert Frost: Speaking on Campus reveals Frost in the setting of both classroom and lecture hall, where he inspired thousands.