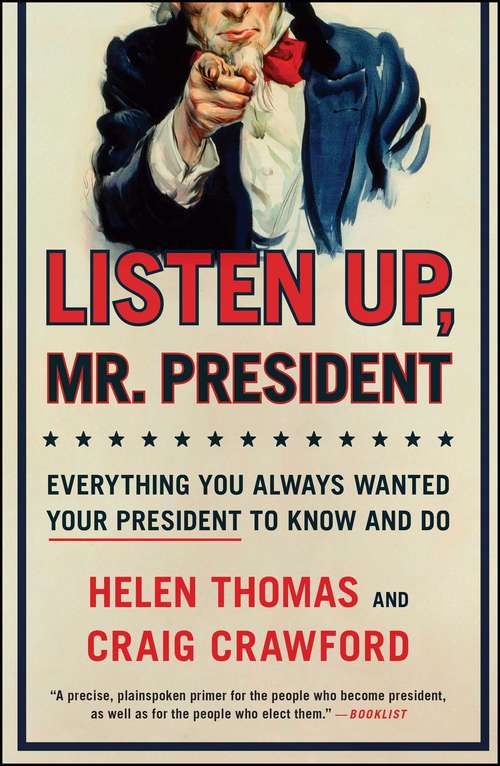 Helen Thomas has covered the administrations of ten presidents in a career spanning nearly sixty years. She is known for her famous press conference closing line, "Thank you, Mr. President," but here she trades deference for directness. Thomas and veteran journalist Craig Crawford hold nothing back as they use former occupants of the White House to provide a witty, history-rich lesson plan of what it takes to be a good president. Combining sharp observation and dozens of examples from the fi rst presidency through the forty-fourth, the authors outline the qualities, attitudes, and political and personal choices that make for the most successful leaders, and the least. Calvin Coolidge, who hired the fi rst professional speechwriter in the White House, illuminates the importance of choosing words wisely. William Howard Taft, notorious for being so fat he broke his White House bathtub, shows how not to cultivate a strong public image. John F. Kennedy, who could handle the press corps and their questions with aplomb, shows how to establish a rapport with the press and open oneself up to the public. Ronald Reagan, who acknowledged the Iran-Contra affair in a television address, demonstrates how telling hard truths can earn forgiveness and even public trust. By gleaning lessons from past leaders, Thomas and Crawford not only highlight those that future presidents should follow but also pinpoint what Americans should look for and expect in their president. Part history lesson, part presidential primer,Listen Up, Mr. Presidentis smart, entertaining, and exceedingly edifying.