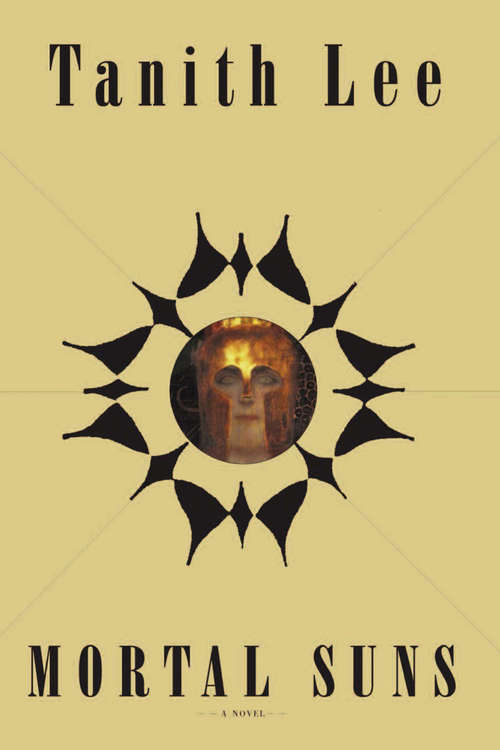 Epic in scope and thrilling in detail, Mortal Suns is set in the corridors of power in the mythical kingdom of Akhemony, which calls up the world of Ancient Greece.

Acclaimed author Tanith Lee transports her readers to an ominous yet seductive alternate universe, as fully realized as Marion Zimmer Bradley's Avalon, where fate organizes the forces of nature to bring to ruin those who dare to control it. Horrible screams pierce the night air as the Daystar, Queen Hesta of Akhemony, wrestles with the delivery of the King's child, beautifully formed except for one heartbreaking deformity--she is born without feet. Consigned immediately to the world of death, the lame infant is dispatched to Thon, the underworld temple, and baptized Cemira, snake, the name she will bear throughout a lifetime of darkness. It is only at the behest of Urdombris, the Sun Consort, that the child is restored to her rightful place as heir to the throne on Oceaxis. Recounting a deadly battle for power, pitting the forces of man against the supernatural, her story is one that will captivate, shock, and terrify.