The Core Values of Chinese Civilization 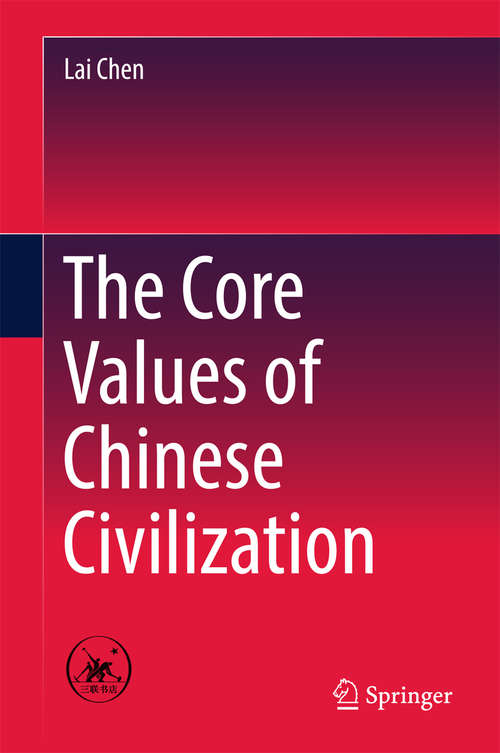 Drawing on the core values of western civilization, the author refines the counterparts in Chinese civilization, summarized as four core principles: duty before freedom, obedience before rights, community before individual, and harmony before conflict. Focusing on guoxue or Sinology as the basis of his approach, the author provides detailed explanations of traditional Chinese values.   Recent scholars have addressed the concept of guoxue since the modern age, sorting through it and piecing it together, which has produced an extremely abundant range of information. However, given that the concepts and theories involved have been left largely unanalyzed, this book develops a theoretical treatment of them in several important respects. First, it analyzes the mindset of guoxue, examining the dominant ideas and values of the era from which the term "guoxue" arose, focusing on its connection to early changes and trends in society and culture, and distinguishing three key phases of development. Past scholars mainly had in mind the range of objects studied in guoxue when defining it, and what this book underscores is the meaning of guoxue as a modern body of research. Secondly, it assesses several phases in the modern evolution of the body of guoxue research from the beginning to the end of the 20th century, i. e. , ending with the later phase of the National Heritage movement. Third and lastly, the book explores the various main modes of modern guoxue, which correspond step by step with the evolutionary phases of guoxue research.