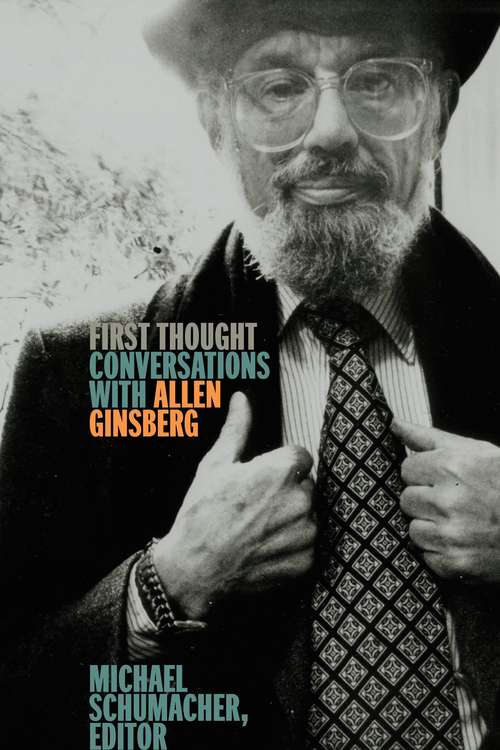 “The way to point to the existence of the universe is to see one thing directly and clearly and describe it. . . . If you see something as a symbol of something else, then you don't experience the object itself, but you're always referring it to something else in your mind. It's like making out with one person and thinking about another.” —Ginsberg speaking to his writing class at Naropa Institute, 1985With “Howl” Allen Ginsberg became the voice of the Beat Generation. It was a voice heard in some of the best-known poetry of our time—but also in Ginsberg’s eloquent and extensive commentary on literature, consciousness, and politics, as well as his own work. Much of what he had to say, he said in interviews, and many of the best of these are collected for the first time in this book. Here we encounter Ginsberg elaborating on how speech, as much as writing and reading, and even poetry, is an act of art.Testifying before a Senate subcommittee on LSD in 1966; gently pressing an emotionally broken Ezra Pound in a Venice pensione in 1967; taking questions in a U.C. Davis dormitory lobby after a visit to Vacaville State Prison in 1974; speaking at length on poetics, and in detail about his “Blake Visions,” with his father Louis (also a poet); engaging William Burroughs and Norman Mailer during a writing class: Ginsberg speaks with remarkable candor, insight, and erudition about reading and writing, music and fame, literary friendships and influences, and, of course, the culture (or counterculture) and politics of his generation. Revealing, enlightening, and often just plain entertaining, Allen Ginsberg in conversation is the quintessential twentieth-century American poet as we have never before encountered him: fully present, in pitch-perfect detail.