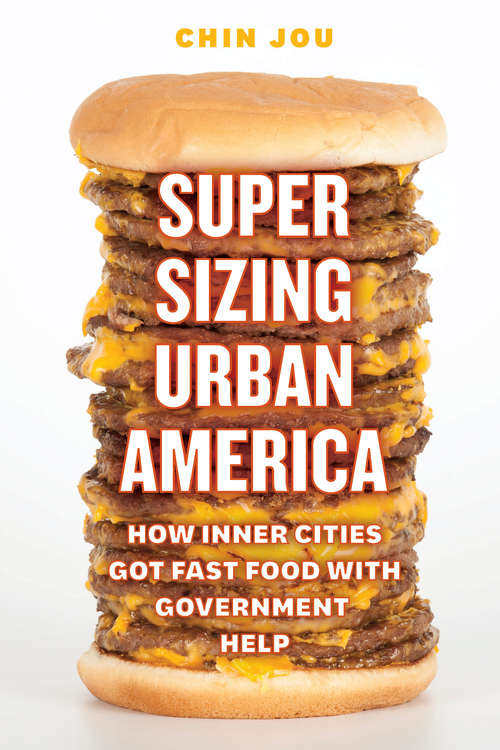 More than one-third of adults in the United States are obese. The Centers for Disease Control and Prevention estimates that there are over 112,000 obesity-related deaths annually, and for many years, the government has waged a very public war on the problem. Former Surgeon General Richard Carmona warned in 2006 that “obesity is the terror within,” going so far as to call it a threat that will “dwarf 9/11.”

What doesn’t get mentioned in all this? The fact that the federal government helped create the obesity crisis in the first place—especially where it is strikingly acute, among urban African-American communities. Supersizing Urban America reveals the little-known story of how the U.S. government got into the business of encouraging fast food in inner cities, with unforeseen consequences we are only beginning to understand. Chin Jou begins her story in the late­ 1960s, when predominantly African-American neighborhoods went from having no fast food chain restaurants to being littered with them. She uncovers the federal policies that have helped to subsidize that expansion, including loan guarantees to fast food franchisees, programs intended to promote minority entrepreneurship, and urban revitalization initiatives. During this time, fast food companies also began to relentlessly market to urban African-American consumers. An unintended consequence of these developments was that low-income minority communities were disproportionately affected by the obesity epidemic.

​In the first book about the U.S. government’s problematic role in promoting fast food in inner-city America, Jou tells a riveting story of the food industry, obesity, and race relations in America that is essential to understanding health and obesity in contemporary urban America.

Hakimiliki:
2017 The University of Chicago Press