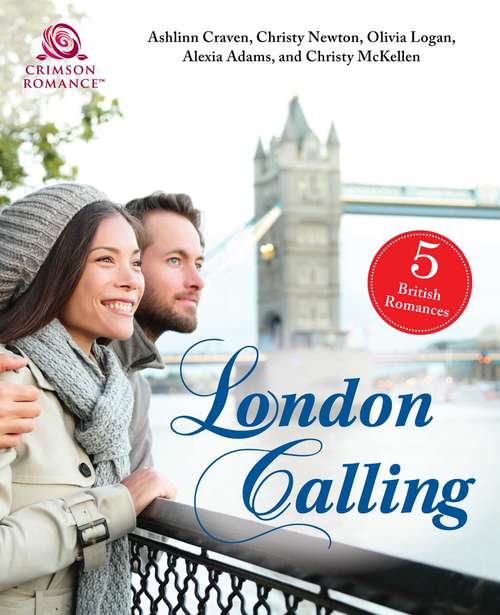 Tea and crumpets give way to trysts and passion in these jolly, sexy, modern-day British romances. It’s an Anglophile’s match made in heaven. Cheers!Building Mr. Darcy: Programmer Zoe Bunsen’s developing a new artificial intelligence program that looks, talks, and thinks like Mr. Darcy. But project manager Max Taggart is keeping a secret: everyone’s jobs depend on Darcy’s success. He’s determined to meet the project deadline even if that means selling out a few literary details. But when the AI starts using its emotional intelligence to build a surprising connection between them, will these two unlikely cohorts cling to their prejudices or toss pride aside and admit that love is stronger than a fantasy? Eternal Paths: When Hallie York wanders into a London antique shop and buys a set of old journals from the handsome but rude owner, Graham McCoy, life takes a dramatic turn. The diaries contain a correspondence between lovers cursed to be separated in the afterworld, and soon spark eerie events that pull Hallie and Graham together. To save their sanity, this unlikely duo must team up to try to reunite the lovers’ spirits. But if they do so, will all of their paths be changed for eternity? The Tycoon’s Wager: To boost ratings and save her radio show, agony aunt CJ Stratt has no choice but to agree to a series of publicity dates with London’s renowned playboy, Jack Harper, after she insults him on the air. Jack knows seduction, but he has no idea how to love. Love is CJ’s business, yet she’s never been seduced. Can they find their way to a happily ever after? An Inconvenient Love: Sophia Stevens is tired of struggling to pay the rent and help her brother through college, so when property developer Luca Castellioni proposes a marriage of convenience, she’s intrigued. But do they really want to continue to put business first, or will they allow love to overcome the differences between them? Her New Worst Enemy: To save her BFF from marrying the wrong man, Ellie will do anything, even suck up to her brother’s best mate, commitment-phobic playboy Gideon DeLancy, to persuade him to hold an intervention at his Georgian manor. Gideon doesn’t intend to fall for his friend’s snarky sister, and he sure as hell doesn’t expect their weekend to develop into a full-on sex-fest. A torrid weekend affair should be the easiest thing in the world to walk away from, so why are they finding it so difficult? Sensuality Level: Sensual