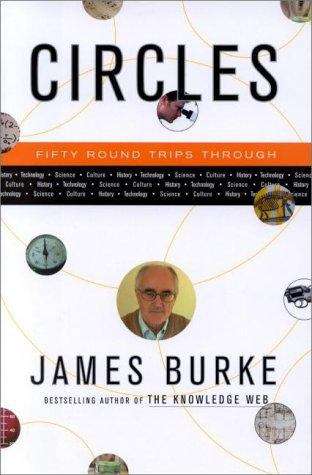 From the bestselling author of "The Knowledge Web" come fifty mesmerizing journeys into the history of technology, each following a chain of consequential events that ends precisely where it began. Whether exploring electromagnetic fields, the origin of hot chocolate, or DNA fingerprinting, these essays -- which originally appeared in James Burke's popular "Scientific American" column -- all illustrate the serendipitous and surprisingly circular nature of change. In "Room with (Half) a View," for instance, Burke muses about the partly obscured railway bridge outside his home on the Thames. Thinking of the bridge engineer, who also built the steamship that laid the first transatlantic telegraph cable, causes him to recall Samuel Morse; which, in turn, conjures up Morse's neighbor, firearms inventor Sam Colt, and his rival, Remington. One dizzying connection after another leads to Karl Marx's daughter, who attended Socialist meetings with a trombonist named Gustav Holst, who once lived in the very house that blocks Burke's view of the bridge on the Thames. Burke's essays all evolve in this organic manner, highlighting the interconnectedness of seemingly unrelated events and innovations. Romantic poetry leads to brandy distillation; tonic water connects through Leibniz to the first explorers to reach the North Pole. Witty, instructive, and endlessly entertaining, Circles expands on the trademark style that has captivated James Burke fans for years. This unique collection is sure to stimulate and delight history buffs, technophiles, and anyone else with a healthy intellectual curiosity.