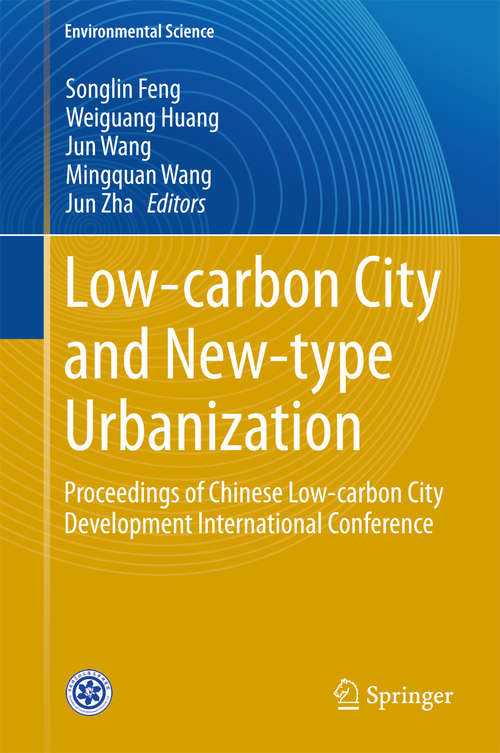 In the face of increasingly serious resource and environmental challenges, the world has already accepted low-carbon development as the main way forward for future city construction. Chinese cities have encountered many problems during their development, including land constraints, energy shortages, traffic congestion and air pollution. For this reason, the national meeting of the Central Work Conference on Urbanization made the strategic decision to take a new approach to urbanization and indicated that in future the key features of urbanization in China will be low-carbon development and harmony between the environment and resources. This book discusses the "low-carbon city" as the new pattern of Chinese urbanization. This represents a major change and takes "intensive land use," "intelligent," "green" and "low carbon" as its key words. Low carbon will become an important future development direction for Chinese urbanization development. In the twenty-first Century in response to the global climate change, countries have started a wave of low-carbon city construction. But in China, there are still many disputes and misunderstandings surrounding the issue. Due to a lack of research, low-carbon city construction in China is still in the early stages, and while there have been successes, there have also been failures. There are complex and diverse challenges in applying low-carbon development methods in the context of today's Chinese cities. The construction of low-carbon cities requires efficient government, the technological innovation of enterprises, and professional scholars, but also efforts on the part of the public to change their daily activities. Based on the above considerations, the collection brings together experts from urban planning and design, clean-energy systems, low-carbon transportation, new types of city infrastructure and smart cities etc. , in the hope of forming some solutions for Chinese low-carbon city development.