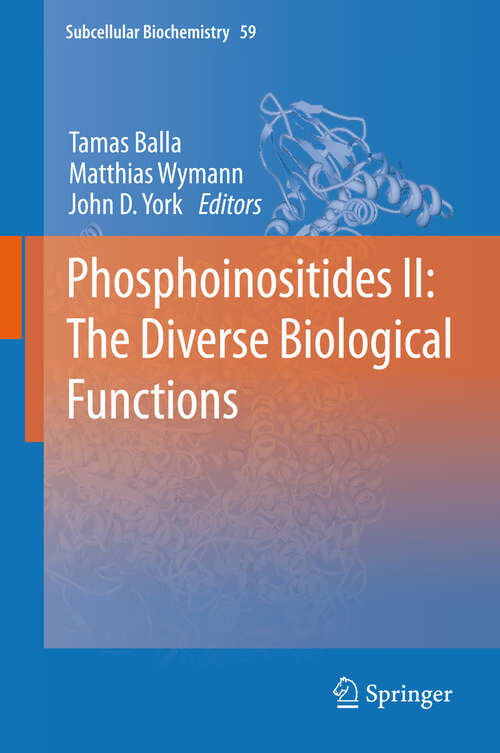 Phosphoinositides play a major role in cellular signaling and membrane organization. During the last three decades we have learned that enzymes turning over phosphoinositides control vital physiological processes and are involved in the initiation and progression of cancer, inflammation, neurodegenerative, cardiovascular, metabolic disease and more. In two volumes, this book elucidates the crucial mechanisms that control the dynamics of phosphoinositide conversion. Starting out from phosphatidylinositol, a chain of lipid kinases collaborates to generate the oncogenic lipid phosphatidylinositol(3,4,5)-trisphosphate. For every phosphate group added, there are specific lipid kinases - and phosphatases to remove it. Additionally, phospholipases can cleave off the inositol head group and generate poly-phosphoinositols, which act as soluble signals in the cytosol.