The Rise of the National Basketball Association 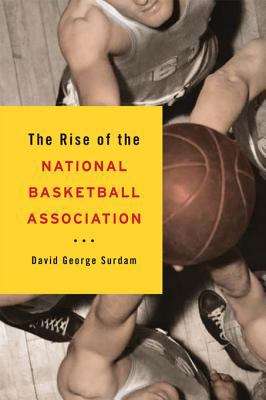 Today's National Basketball Association commands millions of spectators worldwide, and its many franchises are worth hundreds of millions of dollars. But the league wasn't always so successful or glamorous: in the 1940s and 1950s, the NBA and its predecessor, the Basketball Association of America, were scrambling to attract fans. Teams frequently played in dingy gymnasiums, players traveled as best they could, and their paychecks could bounce higher than a basketball. How did the NBA evolve from an obscure organization facing financial losses to a successful fledgling sports enterprise by 1960?

Drawing on information from numerous archives, newspaper and periodical articles, and Congressional hearings, The Rise of the National Basketball Association chronicles the league's growing pains from 1946 to 1961. David George Surdam describes how a handful of ambitious ice hockey arena owners created the league as a way to increase the use of their facilities, growing the organization by fits and starts. Rigorously analyzing financial data and league records, Surdam points to the innovations that helped the NBA thrive: regular experiments with rules changes to make the game more attractive to fans, and the emergence of televised sports coverage as a way of capturing a larger audience. Notably, the NBA integrated in 1950, opening the game to players who would dominate the game by the end of the 1950sdecade: Bill Russell, Elgin Baylor, Wilt Chamberlain, and Oscar Robertson. Long a game that players loved to play, basketball became a professional sport well supported by community leaders, business vendors, and an ever-growing number of fans.