Wit and Its Relation to the Unconscious 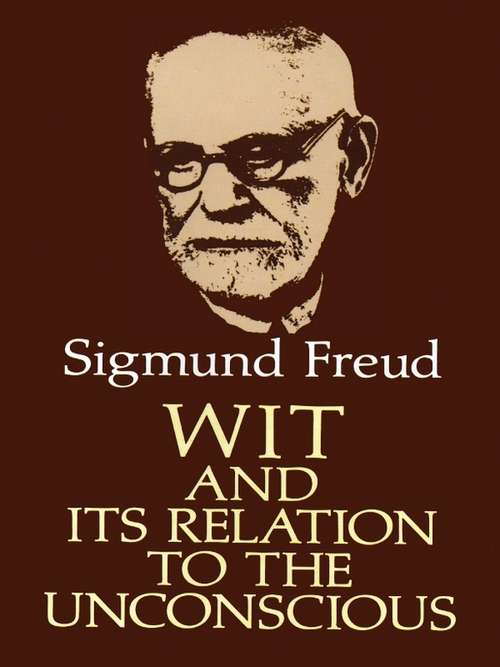 Renowned as the father of psychoanalysis, Freud was uniquely qualified to write this fascinating exploration of the nature of wit — including jokes and joking — and its role and function as a manifestation and vehicle of unconscious impulses. First analyzing the techniques and tendencies of wit, the great analyst probes the origins of wit in the "pleasure mechanism." He then discusses the motives of wit, wit as a social process, the relation of wit to dreams and the unconscious, and wit and the various forms of the comic.Until the publication of this important study, the literature on which was insubstantial; those investigations that existed tended to neglect wit in favor of the larger, more general area of the comic. In Freud's hands, however, the study of wit became another avenue of investigation into the psyche. With characteristic insight and intelligence he shows that wit, although it belongs to aesthetics, is subject to the same laws, shares the same mechanism and serves the same tendencies as neuroses, dreams and psychopathological acts.Published a few years after Freud's breakthrough work, The Interpretation of Dreams, the present volume is not only an acutely perceptive psychological study, its lighthearted tone and abundant store of jokes and witticism make it one of the most accessible and enjoyable of Freud's works. It is presented here in an excellent English translation by A. A. Brill, Freud's chosen translator and former Chief of the Clinic of Psychiatry, Columbia University.