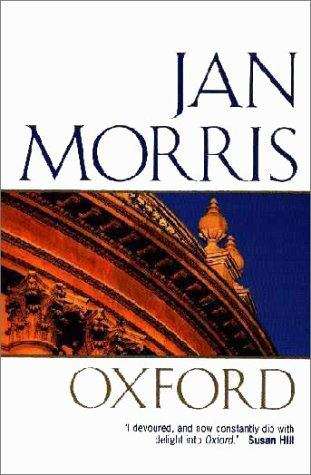 King James I once said that if he were not a king he would like to be an Oxford man. This classic volume -- now in its third edition -- recounts the character, history, mores, buildings, climate, and people of an uncategorizable city. Exploring this ancient British crossroads beside the Thames, Jan Morris -- a distinguished travel writer and novelist--focuses on the richly-mixed heritage of city and University, replete with ongoing battles between "Town and Gown." She investigates the spirit and pride of each individual Oxford college; offers detailed descriptions of the flora and fauna, especially in the Oxford Botanical Garden, the oldest of its kind in Great Britain; depicts the pleasures and recreations, as well as the education and scholarship, of the students; and traces the city and the University's Christian roots. Her witty prose reveals the Oxford which gave the world the MG sports car and educated twenty-two British Prime Ministers. This newly revised edition brings up to date a portrait of a small city which has given its name to a marmalade, bags, a gray, shoes, a Group, a Movement, a dictionary, and an accent.