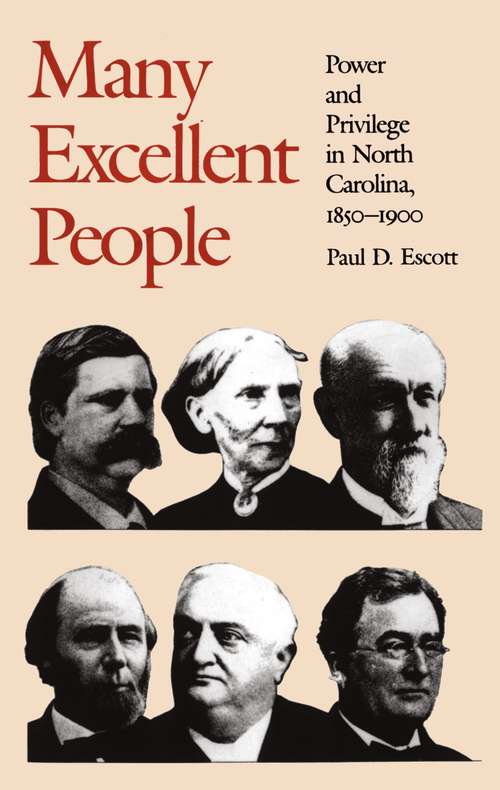 Many Excellent People examines the nature of North Carolina's social system, particularly race and class relations, power, and inequality, during the last half of the nineteenth century. Paul Escott portrays North Carolina's major social groups, focusing on the elite, the ordinary white farmers or workers, and the blacks, and analyzes their attitudes, social structure, and power relationships. Quoting frequently from a remarkable array of letters, journals, diaries, and other primary sources, he shows vividly the impact of the Civil War, Emancipation, Reconstruction, Populism, and the rise of the New South industrialism on southern society. Working within the new social history and using detailed analyses of five representative counties, wartime violence, Ku Klux Klan membership, stock-law legislation, and textile mill records, Escott reaches telling conclusions on the interplay of race, class, and politics. Despite fundamental political and economic reforms, Escott argues, North Carolina's social system remained as hierarchical and undemocratic in 1900 as it had been in 1850.