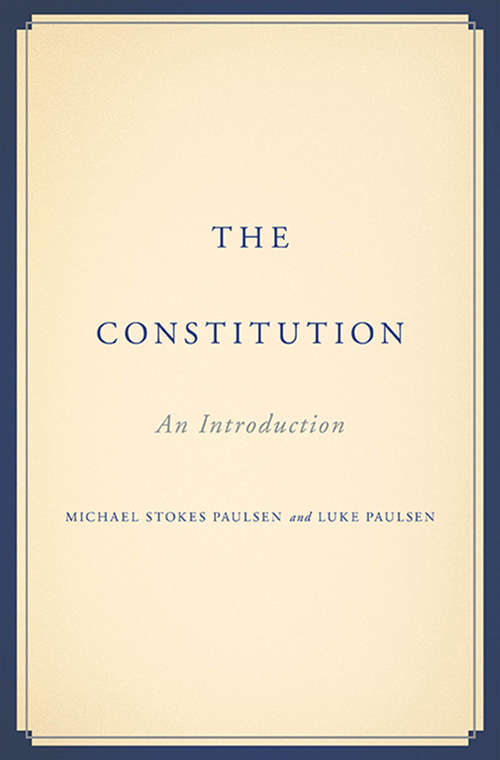 From war powers to health care, freedom of speech to gun ownership, religious liberty to abortion, practically every aspect of American life is shaped by the Constitution. This vital document, along with its history of political and judicial interpretation, governs our individual lives and the life of our nation. Yet most of us know surprisingly little about the Constitution itself, and are woefully unprepared to think for ourselves about recent developments in its long and storied history. The Constitution: An Introduction is the definitive modern primer on the US Constitution. Michael Stokes Paulsen, one of the nation’s most provocative and accomplished scholars of the Constitution, and his son Luke Paulsen, a gifted young writer and lay scholar, have combined to write a lively introduction to the supreme law of the United States, covering the Constitution’s history and meaning in clear, accessible terms. Beginning with the Constitution’s birth in 1787, Paulsen and Paulsen offer a grand tour of its provisions, principles, and interpretation, introducing readers to the characters and controversies that have shaped the Constitution in the 200-plus years since its creation. Along the way, the authors provide correctives to the shallow myths and partial truths that pervade so much popular treatment of the Constitution, from school textbooks to media accounts of today’s controversies, and offer powerful insights into the Constitution’s true meaning. A lucid and engaging guide, The Constitution: An Introduction provides readers with the tools to think critically and independently about constitutional issuesa skill that is ever more essential to the continued flourishing of American democracy.