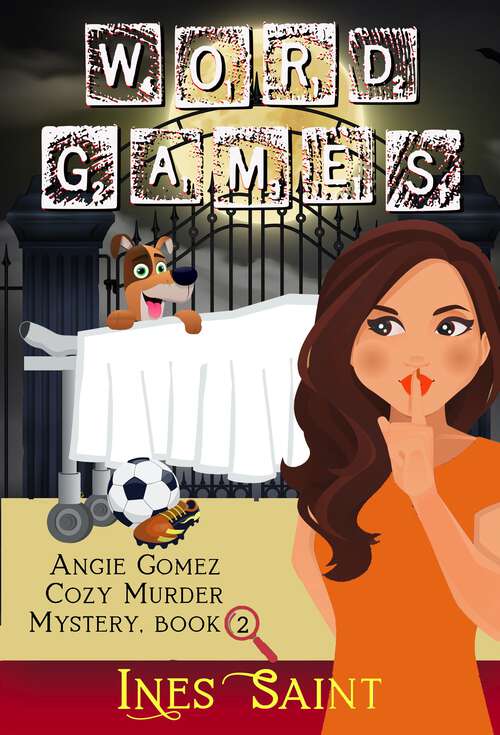 A New Murder Mystery and New Clues to Her Parents’ Deaths, Angie Gomez Discovers Truth is Stranger than Soap Operas in Word Games, a Murder Mystery by Ines Saint--Dayton, Ohio – Present Day--When soccer-star Ronnie Martinez is found dead, it’s ruled a suicide. Ronnie’s mother isn't convinced, she thinks he was murdered. But only Angie and her cohorts at Riverside Funeral Home are willing to investigate.Angie can hear a dead person’s last words, but she still has a lot to learn about sleuthing, spying, and magic.The threats on her life tell her she's close to the truth as Angie lands in deep-trouble and meets a fowl rescuer.Publisher’s Note: Readers who enjoy cozy mysteries with a touch of humor, romance, and the paranormal will appreciate the Angie Gomez Murder Mystery series. Stories contain mild profanity and no explicit sex and can be enjoyed by readers 13 and up."A deeply likeable story, Angie is the type of lead character a reader can fall in love with." -Andra MaguranThe Angie Gomez Murder Mystery Series are best enjoyed in order:Last WordsWord GamesWords with FriendsAbout the AuthorInes Saint was born in Zaragoza, Spain, and grew up with one foot on an island of Puerto Rico and the other in the States. She’s bilingual and bicultural and has spent the last eighteen years raising her fun, inspiring boys and sharing her life with her husband/best friend/biggest fan. Her greatest joys are spending quality time with family and close friends, traveling, reading feel-good historical fiction, hiking, and snuggling next to her dog, Hobbit.