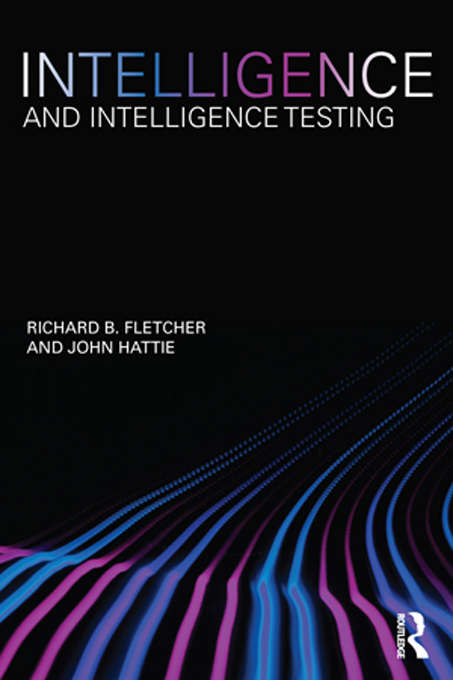 Have you ever wondered what IQ is and how it is measured? Why is there such a premium placed on high IQ? What do we mean by intelligence? What does your IQ score mean?

There can be no denying the enduring appeal of IQ over the last century. It is probably one of the most misunderstood yet highly researched psychological constructs ever. Such has been the controversy surrounding this topic that it is difficult to distinguish fact from fiction. Intelligence and Intelligence Testing is a text that aims to address that.

This book examines the controversial psychological construct that is IQ, discussing and reviewing the history and current status of the research on intelligence and providing an overview of its development, measurement and use. From Galton, Spearman and Binet to the relatively recent controversy caused by the research of Herrnstein and Murray, this important book makes a major claim about the importance today of ‘problem solving on demand’ as one of the key components of today’s notions of intelligence.

Chapters include coverage of:

Cultural differences in views of intelligence;

The history of IQ testing and its emergence into public consciousness;

IQ as predictor of educational and occupational outcomes;

Psychometrics and measurement of intelligence;

The future of intelligence research.

Written by Richard B. Fletcher and John Hattie, the author of the highly-regarded Visible Learning, this textbook will be invaluable for all undergraduate and Masters level students studying the theory of intelligence and the impact of testing on educational. Detailed and annotated further reading lists and a glossary of terms are also included.