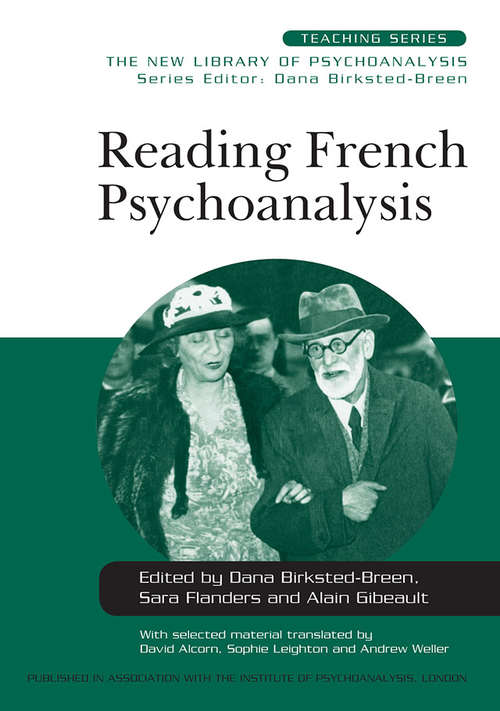 How has psychoanalysis developed in France in the years since Lacan so dramatically polarized the field?

Sections are made up of introductory material by Alain Gibeault, followed by illustrative papers in the following categories:

the history of psychoanalysis in France

the pioneers and their legacy

the setting and the process of psychoanalysis

the body and the drives

An excellent introduction to French psychoanalytical debate, Reading French Psychoanalysis sheds a complementary light on thinking that has evolved differently in England and North America. It will be ideal reading for beginners and advanced students of clinical theory as well as experienced psychoanalysts wanting to know more about French Psychoanalytic theory, and how it has developed.