The Bald Eagle: The Improbable Journey of America's Bird 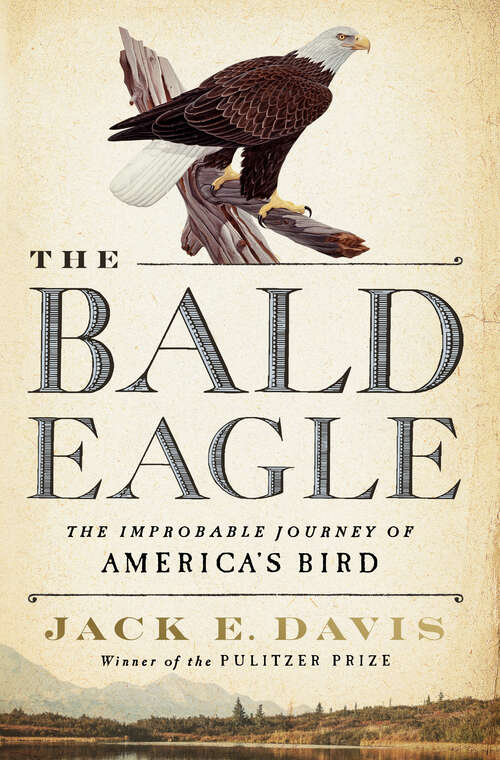 From the Pulitzer Prize–winning author of The Gulf, a sweeping cultural and natural history of the bald eagle in America.

The bald eagle is regal but fearless, a bird you’re not inclined to argue with. For centuries, Americans have celebrated it as “majestic” and “noble,” yet savaged the living bird behind their national symbol as a malicious predator of livestock and, falsely, a snatcher of babies. Taking us from before the nation’s founding through inconceivable resurgences of this enduring all-American species, Jack E. Davis contrasts the age when native peoples lived beside it peacefully with that when others, whether through hunting bounties or DDT pesticides, twice pushed Haliaeetus leucocephalus to the brink of extinction.

Filled with spectacular stories of Founding Fathers, rapacious hunters, heroic bird rescuers, and the lives of bald eagles themselves—monogamous creatures, considered among the animal world’s finest parents—The Bald Eagle is a much-awaited cultural and natural history that demonstrates how this bird’s wondrous journey may provide inspiration today, as we grapple with environmental peril on a larger scale.