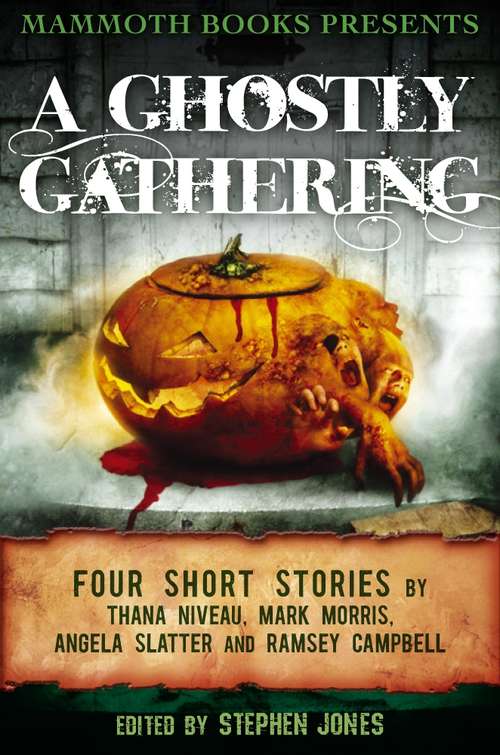 The Pier - Thana Niveau"The pier exists," explains Thana Niveau, "and yes, it is decorated with strange plaques and cryptic memorials, although none are quite as morbid as I've invented."It's mostly Clevedon Pier, which is where the story was born. I was reading the plaques one day and a couple of the quirkier ones made me wonder. What if they weren't written by the living to remember the dead at all, but were instead a channel for voices from somewhere else?"Somerset is the original Wicker Man country, after all. It's a place rich in pagan tradition and many of its strange rituals are lost to time. Or are they?"Fallen Boys - Mark Morris"Porthellion Quay, which features in this story, is a real place - only the name is different," says Morris. "My family and I spent a lovely, sunny day there one summer a few years ago during a Cornish holiday."I love Cornwall not only because it's breathtakingly beautiful, but also because it is wild and rugged and desolate, and because past echoes and ancient legends seem to seep out of the very rock. It's a landscape which lends itself perfectly to the kinds of ghost stories I love, of which it seems there are far too few these days - stories which are not cosy and comforting and familiar, but which are dark and insidious, and evoke a crawling sense of dread."Lavender and Lychgates - Angela Slatter"'Lavender and Lychgates' is the second last story in Sourdough and Other Stories," recalls Slatter. "I had ideas I wanted to continue to explore - consequences of actions in an earlier story in the collection - and I had a picture in my head of a young girl in a graveyard."Many years ago, a friend had told me a garbled tale of lilacs and lychgates, the details of which I cannot remember. I managed to garble it even more, and I couldn't get the words 'lavender and lychgates' out of my head, nor the image of shadows swirling in the apex of a lychgate roof above the heads of people passing out underneath. I also wondered what happens when you hang onto a memory too tightly."With the Angels - Ramsey Campbell"My fellow clansman Paul Campbell will remember the birth of this tale," he reveals. "At the Dead Dog party after the 2010 World Horror Convention in Brighton, someone was throwing a delighted toddler into the air. I was ambushed by an idea and had to apologise to Paul for rushing away to my room to scribble notes. The result is here."