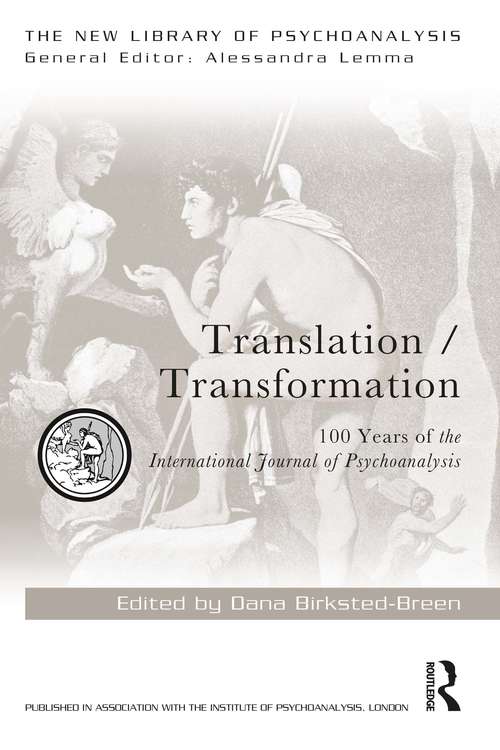 Translation is at the heart of psychoanalysis: from unconscious to conscious, experience to verbal expression, internal to enacted, dream thought to dream image, language to interpretation, unrepresented to represented and transference of past to present.

The book’s first part discusses the question of translation, literal and metaphoric. Both linguistic and cultural translations are closely tied to specific and significant personalities who were involved in the early history of psychoanalysis and thus in the development of the IJP. There was a close relationship between the IJP and the visual arts via the Bloomsbury Group. The link between the visual arts and the IJP is indeed to be found in its logo, which is taken from a painting by Ingres. The second part of the book approaches transformations between psychoanalysis and the arts from conscious, unconscious and non-represented elements into non-verbal modes, specifically visual, poetic and musical; it also looks at the developments and transformations in psychoanalytic ideas about artistic expression as expressed within the pages of the IJP.

This book will be of great interest to psychoanalysts and psychotherapists, and to those interested in the history of psychoanalysis and the IJP.