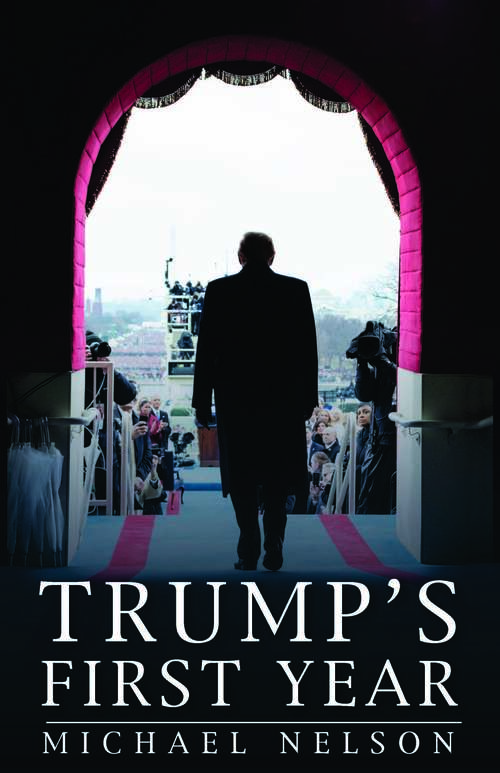 Donald Trump took office in January 2017 under mostly favorable conditions. He inherited neither a war nor an economic depression, and his party controlled both houses of Congress. He leveraged this successfully in some ways by delivering on his campaign promises to roll back regulations on business, and he saw his nominee for the Supreme Court, Neil Gorsuch, approved swiftly and with little controversy. Many more actions, however, have been perceived as failures or even threats to a safe, functional democracy, from immigration policies defied by state and local governments and volatile dealings with North Korea to unsuccessful attempts to pass major legislation and the inability to fill government positions or maintain consistent White House staff. In Trump’s First Year, Michael Nelson, one of our finest and most objective presidential scholars, provides a thorough account and scholarly assessment of Donald Trump’s first year as president, starting with his election and transition in 2016. The analysis is grounded in the modern history of the presidency as well as in the larger constitutional and political order. Nelson considers the dramatic election itself, the forming and reforming of the administration, congressional relations, executive actions, bureaucratic politics, judicial appointments and decisions, media relations and public communications, and public opinion. Published on the first anniversary of Trump’s inauguration, Nelson’s book offers the most complete and up-to-date assessment of this still-unfolding story. Miller Center Studies on the Presidency

Uburenganzira:
2017 the Rector and Visitors of the University of Virginia