A History of Russia, Central Asia and Mongolia, Volume II 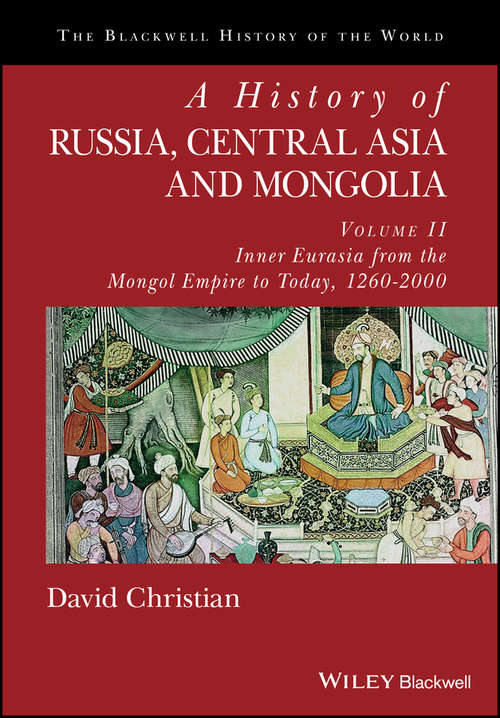 Provides an all-encompassing look at the history of Russia, Central Asia, and Mongolia Beginning with the breakup of the Mongol Empire in the mid-thirteenth century, Volume II of this comprehensive work covers the remarkable history of “Inner Eurasia,” from 1260 up to modern times, completing the story begun in Volume I. Volume II describes how agriculture spread through Inner Eurasia, providing the foundations for new agricultural states, including the Russian Empire. It focuses on the idea of “mobilization”—the distinctive ways in which elite groups mobilized resources from their populations, and how those methods were shaped by the region’s distinctive ecology, which differed greatly from that of “Outer Eurasia,” the southern half of Eurasia and the part of Eurasia most studied by historians. This work also examines how fossil fuels created a bonanza of energy that helped shape the history of the Communist world during much of the twentieth century. Filled with figures, maps, and tables to help give readers a fuller understanding of what has transpired over 750 years in this distinctive world region, A History of Russia, Central Asia and Mongolia: Volume II: Inner Eurasia from the Mongol Empire to Today, 1260-2000 is a magisterial but accessible account of this area’s past, that will offer readers new insights into the history of an often misunderstood part of the world. Situates the histories of Russia, Central Asia, and Mongolia within the larger narrative of world history Concentrates on the idea of Inner Eurasia as a coherent ecological and geographical zone Focuses on the powerful ways in which the region’s geography shaped its history Places great emphasis on how “mobilization” played a major part in the development of the regions Offers a distinctive interpretation of modernity that highlights the importance of fossil fuels Offers new ways of understanding the Soviet era A History of Russia, Central Asia and Mongolia: Volume II is an ideal book for general audiences and for use in undergraduate and graduate courses in world history.