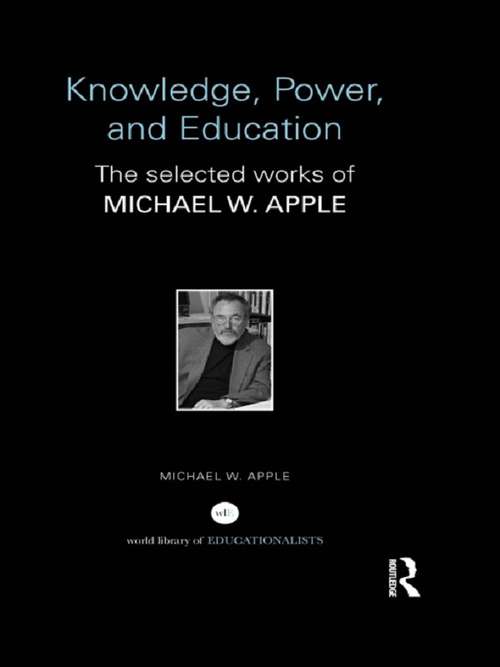 For more than three decades, Michael W. Apple has sought to uncover and articulate the connections among knowledge, teaching, and power in education. His germinal Ideology and Curriculum was a watershed title in critical education studies, and has remained in print since its publication in 1979. The more than two dozen books and hundreds of papers, articles, and chapters published since have likewise all contributed to a greater understanding of the relationship between and among the economy, political, and cultural power in society on the one hand "and the ways in which education is thought about, organized, and evaluated" on the other.

In this collection, Apple brings together 13 of his key writings in one place, providing an overview not just of his own career, but of the larger development of the field. A new introduction re- examines the scope of his work and his earlier arguments, and reflects on what remains to be done for those committed to critical education.