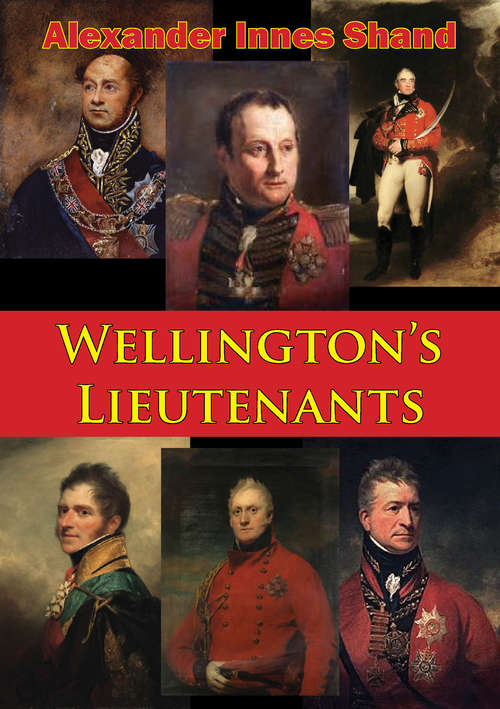 Includes over 100 maps of the actions, engagements and battles of the entire Peninsular War."The men who stood beside the Great DukeThe Duke of Wellington was indisputably one of the most able military commanders in British history. He was not only a powerful intellect, but also a man of substantial character...To Wellington, delegation failed to come easily...He insisted on a knowledge of all things that might concern him and was prepared to issue directives on all matters. It is then, unsurprising that he eclipsed his immediate subordinates, senior figures and highly respected commanders in their own right, who were often given little latitude, and were regularly not fully briefed as to Wellington's strategy and grand tactics; for example, at Waterloo, amid flying shot, the duke terrified his staff by appearing to be the only person in possession of the plan of battle. All this, however, does nothing to diminish the clear contribution many of those closest to the Great Duke made towards the success of his campaigns. While having lessons to learn from Wellington they were more than capable military men-if not actually possessed of quite the same degree of military 'genius' as their commander in chief. This book chronicles eight of Wellington's lieutenants as they fought for him in the Peninsula and at Waterloo. Lord 'Daddy' Hill earned his nickname because of his extraordinary concern for the well-being of his soldiers; he was Wellington's most trusted general and was, unusually, given independent command by Wellington. The fiery Craufurd, leader of the Light Division, could always be depended upon to take the fight to the enemy-sometimes whether it was prudent to do so or not. Picton, the hard swearing Welshman...Accounts of the campaigns and actions of these notable soldiers are joined in this riveting book by those of Beresford, Lynedoch, Hopetoun, Anglesey and Combermere."-Print ed.